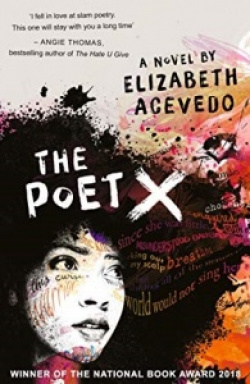 A Dominican-American slam poet has won the UK children’s books award, the Carnegie medal. Elizabeth Acevedo, the daughter of Dominican immigrants, was awarded the medal for her verse novel, The Poet X, which tells of a Dominican girl who joins her school’s slam poetry club in Harlem.

Acevedo was an English teacher in Maryland when one of her students wouldn’t read any of the books Acevedo offered her, telling her: “None of these books are about us.” Acevedo said she set out to write “a story that sounds like and depicts the same kind of neighbourhood” she and her students are from.

In her speech after winning the medal she said: “I felt like this student had given me a challenge, or at least permission to write a story about young people who take up space, who do not make themselves small, who learn the power of their own words.”

Acevedo’s win – her book also won the US National Book Award - comes after the Carnegie prize launched an independent review into its lack of diversity, following 2017’s 20-book, entirely white longlist. The review concluded that the UK’s overwhelmingly white librarian workforce, who nominate books for the medal, were mostly unaware of titles by writers of colour.

At the age of 14, Acevedo competed in her first poetry slam at the Nuyorican Poets Café, and then participated in open mics around New York. She earned a BA in performing arts at George Washington University and a MFA in creative writing at the University of Maryland.