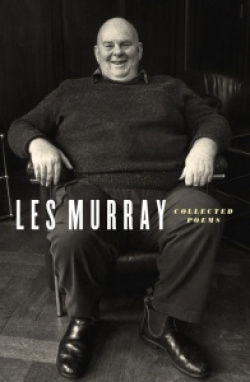 The Australian poet and literary critic, Les Murray, has died after a long illness at the age of 80. His agent of 30 years, Margaret Connolly, said he died at a nursing home at Taree on the New South Wales north coast.

Connolly said Murray had "been unwell" and had died peacefully. "Essentially it was old age, he hadn't been very well, his health had been deteriorating," she said.

Murray's publisher Black Inc released a statement describing him as "frequently hilarious and always his own man. We mourn his boundless creativity, as well as his original vision. His poetry created a vernacular republic for Australia, a place where our language is preserved and renewed."

Murray was born in Nabiac in New South Wales, and published nearly 30 volumes of poetry over four decades. Much of his work explored the history and landscape of Australia and his connection to the north coast region, including his 2015 volume, On Bunyah.

His most recent new collection was Waiting for the Past in 2015, the same year his collection of poems that focus on his home territory, On Bunyah, came out. He once said that poetry was like dairy farming, "a trade in which you make a living by bits and pieces and hope to god [it] adds up to an income".

Murray suffered from depression for many years, but what he called his "black dog" disappeared after he was in a coma for three weeks as a result of an abscess on his liver. He won the TS Eliot prize in 1996 for Subhuman Redneck Poems, and in 1999 was awarded the Queens Gold Medal for Poetry. He was also awarded the Australian Literature Society’s Gold Medal.

An absolute legend, I was given Les Murray's book Learning Human when I was a teenager and going through a really bad time. His poetry helped me so much. Rest in Peace you genius ???