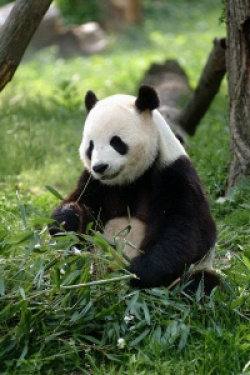 There were bears everywhere

Now he saw them, all those bears throughout his years.

She would come out and stare, and stare.

Conversely troubled but not in a rage

She'd think for a minute, slowly turn, then go back to her cage.

He stood the size of a mountain

His shoulders could hide the sun, his arms hold back the rain

He would rumble round the den

Check on all the cubs, then hibernate again

They strolled the aisles where no snow ever formed

Sometimes they would scar him, to calm his arctic storms

They were clearly out of place

One even sported a red tie, but never a smile on its face

This fella clearly needed to eat

He was a migrating Ursine, out, and looking for meat

He should have picked a better meal; that one wasn't queer.

◄ But for you