The Age of of Entitlement 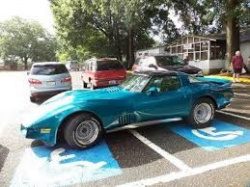 The Age of Entitlement

We once were a fair-go society

We cared, showed others empathy

We now have become grasping and greedy

And say what is in it for me?

Privileges are now seen as entitlements

Empathy and caring have lapsed

Good manners, consideration for others

Core values have all but collapsed

Littering? - It no longer bothers us

We're entitled to drop rubbish all down

We pay hard-earned rates to the council

It's their job for cleaning the ground

There's those who take groceries away

In trolleys which belong to the market

And instead of returning them back

Abandon them any place they can park it

And then there's the driver who parks

Illegally in a disabled zone

To claim any park as their own

Young people on buses who don't

Give up their seats to seniors in need

And believe they are fully entitled

To take any seat (it's not greed)

To bark all they want while away

“We're fully entitled to do this”

You want to drive in from a side street

But others won't leave you a space

The say they're entitled to stay there

Because they were there in first place

Core values have been trashed in the stampede

The stampede to get what we desire

And what once were regarded as privileges

Are now seen as entitlements we require

Don
I walked a pretty woodland path this morning and found two soiled nappies.
I think that sums up to-day's attitude of 'can if I want' - so sad.

We have gone from my late mother's words "what will people think?"
to "who cares what people think?!" Coarse crass selfishness which
rewards no one because, ultimately, it becomes self-defeating..
When the phrase "consideration for others" is in mind
Then we'll all be sisters and brothers - and be kind!