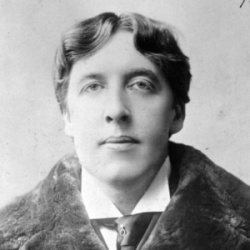 For centuries homosexuality was confined to an underworld, to the back streets, sleazy establishments, nuances where a covert existence could be lived out avoiding the condemnation of law and society. A minority group who lived in a twilight zone, whose activities were repressed and personal identities diminished or destroyed. Religion, government, the law and society were not prepared to tolerate a deviant group of people  whose sexuality was abhorrent, contrary to the laws of God and nature, individuals who were deemed perverts and wholly unacceptable because of their life style.

Where do I begin with the subject of Gay Poetry? There would be little merit in a futile search of the distant past when the subject was seen as not to exist. Perhaps, it is better to bring the subject up to a time we began to see Gay and Bisexual men and women who dared to broach this hitherto unspoken of subject. The nineteenth century saw two literary giants who possessed the courage to use their poetry to draw attention to same sex relations and love. Walt Whitman of the USA and Oscar Wilde of the UK (pictured). Their poetry has been acclaimed as some of the best written in the English Language but it was often that such attention was not given full recognition until after their deaths. Both of them were of the Victorian Era, all native English speakers, whose intellects shone out and placed them in an esteemed category of being writers ¨par excellence ¨.

Walt Whitman (1819 - 1892) was a prolific writer, an essayist, journalist, humanist and poet. He has been described as the ´father of free verse ´ although he did not invent it. He was very much his own person, possessed courage and an iron determination, he opposed slavery, wrote openly about death, sexuality and prostitution. He was a patriot whose descriptive verse was of an incredible beauty and where his true talents lay. He worked as a publisher, editor and distributor. During the American Civil War he volunteered as a nurse in field hospitals. He embraced all religions equally, enjoyed nudity and was generally considered as being very controversial. ¨The Complete Poems of Walt Whitman, published by the Wordsworth Poetry Library is a comprehensive work and well worth reading, as in this volume one encounters, ¨Leaves of Grass ¨and in particular ´Calamus´in which explicit reference is made to gay love. Some would refute this so as not to tarnish the reputation of a famous poet. In order to publish ´Leaves of Grass´ Whitman had to do so with his own money. At the time it was described as obscene for its overt sexuality. It was first published in 1850, revised and re-released in 1860.

Then we come to Oscar Wilde, an intellectual genius, born in Ireland, a poet, playwright and journalist. Fluent in French and German, a classicist at Dublin and Oxford Universities. His poetry was published during his life time in both Canada and the United States of America. He was the author of ¨The Importance of being Earnest ¨. After a good deal of litigation, private detectives and other hostile people he was charged with Gross Indeceny and imprisoned. Those who investigated the matter found their evidence in homosexual brothels, from male prostitutes and cross dressers. No stone was left unturned to destroy his reputation. Confined to Reading Gaol, he wrote a poem, which has over the years, become a literary classic, The Ballad of Reading Gaol. Lord Alfred Douglas, a friend and reputed lover of Wilde wrote the poem, ¨Two Loves ¨, the last line which reads......I am the love that dares not speak its name ¨. Wilde was eventually released and travelled directly to France where he later died destitue in Paris at the age of 46 years.

◄ American Life in Poetry: The Girl From Panama

Wilde's wit and his way with words saw him achieve literary fame
in his own time. It was his titling at windmills - against the social
limits of "acceptable behaviour" of his time and social status that
caused his fall from grace. The Victorian sexual underworld was
unhindered until it intruded very publicly into the wider domain,
causing consternation and fearful (and fearsome!) responses.
Writers like Frank Harris were adept at portraying "the time and
place". Hypocrisy is a plant with many shoots, but bending the
knee to respectability in a class-ridden age was certainly expected
by the middle and upper classes of that time. L.P Hartley's novella
"The Go-between" succeeds brilliantly in its depiction of the
frowned on and socially ruinous affair between a young woman
with potential as the bride of an aristocrat and a local young farmer.
The theme of social rejection and the maintenance of the securely
guarded "status quo" in the face of sexual behaviour that was seen
as a threat to a well-ordered society, in which people knew their
place and were frequently very willing to accept and retain it, was
certainly not restricted to the homosexual milieu.

Thank you for your comment which cannot be disputed. However, had Wilde been more prudent in his behaviour then we would never have realised his wit, intellect and genius which is a gift, particularly to the literary world.

well, Oscar Wilde was wild he had no discretion

Thank you for your comments and observations which I am in full agreement with. Wilde was his own worst enemy but still a victim whereas Whitman was someone who astonishes me in that he did not meet the same fate as Wilde. Two very different people in different parts of the world. Whitman comes across as man with a sense of humility and duty which Wilde did not possess.

Certainly, Whitman was ahead of his time in many respects - and it
is extraordinary, considering the prevailing social attitudes, that his
writing succeeded as well and as widely as it did. His poem about
Lincoln - "O Captain, my captain...." has achieved its own fame, even
quoted in the Robin Williams' film "Dead Poets Society". His
Civil War experiences nursing the sick and wounded, provide a
humane insight into the suffering he found and the identification he
felt towards the sufferers of that monumental conflict when medical
science had barely progressed past sawing off a limb without
anaesthetic.
Wilde is too well-known to offer much in terms of his place in the
literary world. His famous aphorisms can fill a book of their own.
Like R.L Stevenson, he had a talent for writing for the young, but
unlike the writer of classics like Dr Jeykll and Mr Hyde and Treasure island, he put his skills towards socially acceptable
witty stage plays. For an intelligent and perceptive personality. it
does seem that his ego exceeded his sense of self-preservation
and brought about his unnecessary downfall. He was careless giving
testimony, when ill-advisedly suing Lord Queensbury for libel, by
dismissing an association with a particular youth because he
considered him ugly. Wilde was his own worst enemy in his
disregard for the values and opinions of others which in his plays
might be effective but in real life was a disastrous mistake. The
price he paid was horrendous, both in matters of position, health
and personal life - feeling obliged to leave the country for the more
liberal social attitudes of France, leaving behind his wife and two
children. His income also suffered accordingly and his
relationship with Lord Alfred Douglas ("Bosie - who lived for many
years beyond Wilde's own premature death) continued to some
extent but was due, ultimately, to fail. It might be said that Wilde
was a victim - but as much of his own vanity and lack of self-preservation as of the Victorian socio/sexual attitudes that he
lived with, knew about and profited by in his play-writing pomp.
His life and downfall have featured in a number of films, the latest
being Rupert Everett's "The Happy Prince"...clearly using retro-
thinking for portraying Wilde as more of a victim that he otherwise
might have been had he adopted some common sense in his
biggest decisions in his life.