The Poetry of Spirituality

The poetry associated with or originated from the many forms of spirituality is vast indeed, stretching back into the centuries of antiquity and embracing all religions and none. It is a treasure house of literature and wisdom found in the writings and scriptures of the world´s great religions. The word spirit is often found in poetry, speaking of God, the aspirations and hopes of man, the inner self, thoughts of eternal life and the complexities of man´s emotions and his existence. The soul, the heart and the spirit of man are often portrayed as a quest searching for reason or the otherness of life. Poets have been particularly prominent in exploring these many aspects of spirituality and have done so across time, using their inspiration and literary skills to delve into the ethreal world. The poetry of spirituality is not the sole property of any one belief system. It transcends all concepts of faith and man´s acceptance or rejection of it.

Within our Christian Heritage there are the psalms of the Old Testament and several books of Christian verse of which many are familiar with such as the Oxford Book of Christian Verse by David Cecil and the New Book of Christian Verse by Donald Davie, all of which have graced the book shelves of our homes for decades. In more recent years this compilation of verse has been augmented by The Lion Christian Poetry Collection compiled by Mary Batchelor with its 700 poems, 250 poets spanning 1000 years. However, these fine works are but a drop in the ocean of even more Christian poetry.

A glance of poetry in the setting of other religions and cultures brings to light famous poets who are held in high esteem by their various peoples. Rabindranath Tagore (pictured) whose poems possess a strong mystical element. A poet and Seer who won the Nobel Prize for Literature. The Rubyat of Omar Khyam which is venerated by the Sufi Branch of Islam. India has a rich history of spiritual poetry often pre dating Judaism, Christianity and Islam. Persia has an immense tradition of poetry pre dating Islam but Christianity is a constant source of spiritual writings with the likes of Gerard Manley Hopkins SJ., John Bradburne a missionary in Africa who even wrote his personal correspondence using verse. Wilfred Owen who subscribed more to Greek rather than to the Christian view of the afterlife. Milton´s Paradise Lost and John Donne are noteable in our own English tradition. It is interesting to note that some of the best Christian poets were universalists.

Spirituality is open to self interpretation and well removed from a religious context. Many poets are inspired by the beauty and wonder of creation for which they express their spiritual longings and language.  A new dimension, paradise in which an even greater splendour is hoped for. The theme of judgement is frequently found as the ultimate means of the Divine bringing about retribution, vengance, reconciliation and forgivness - much of this is found in Paradise Lost.

As the oceans take up more of the earth´s surface than the land surface, so does spirituality in its widest sense occupy the attention of poets throughout time and space. Poets are often known for their philosophical approach to their work which is often under pinned within a spiritual content. To enter the realm of Spiritual Poetry is to ponder the vastness of the universe, as the subject has enormous appeal to all those who ponder on life, its implications and meaning, then put pen to paper. 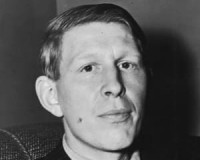 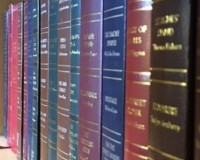 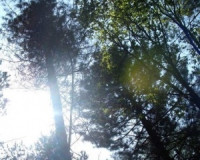 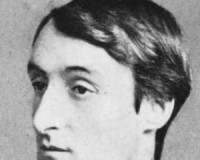 When I was young and in high school looking for a place to be, I wandered into numerous Christian churches looking for myself. I've worked maintenance at a Methodist church here in my town, and I still use religious motifs, imagery, and other identifying factors in my poetry as it still suffices for euphemisms, analogies, and other great literary techniques. I may not follow the path I once did before, but reading and imbuing oneself with creation (religious or not) can aid a writer's imagination tremendously.