The Warmth and Wonderful Poetics of Mary Jean Chan 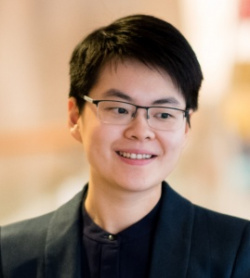 Mary Jean Chan is a poet, editor and academic from Hong Kong who currently lives in London. I first met her through the Ledbury Poetry Festival Emerging Critic Scheme established in collaboration with Sandeep Parmar and Sarah Howe to encourage diversity in poetry reviewing culture, and was struck by her warmth as well as her wonderful poetics. Mary Jean was shortlisted for the 2017 Forward Prize for Best Single Poem and came Second in the 2017 National Poetry Competition, to name just a handful of her many accolades.

What projects are lingering on your current poetic horizon?

I'm starting work with Jay Bernard (our incoming co-editor) and Theophilus Kwek on our next issue of Oxford Poetry, which will be on the theme of "Europe". Our call for submissions will be open soon! Other than that, I'm planning on co-editing a poetry anthology with Will Harris, having undergone preliminary talks with Carcanet Press.

- What can you tell us about your forthcoming collection with Faber? I'm dying to learn more.

It's still a work-in-progress, but I've been increasingly intrigued by centos and collage poems, so there will (hopefully!) be a few of those in the final manuscript.

- Did winning 2nd place in 2017 National Poetry Competition for your brilliant poem 'The Window' change anything for you? How did you feel?

Winning second place certainly took me by surprise, just because "The Window" was a short poem which I wrote in one sitting, and only submitted to the NPC on a whim. But I was deeply touched by Andrew McMillan's heartfelt words in his judge's comments - that meant a lot to me as a queer person and poet. Coming second was also a great honour, especially alongside Dom Bury and Momtaza Mehri, who are both poets I deeply admire and respect.

- What's your writing process like; any intriguing writer's rituals?

I often start my poems as fragments, which I save onto my smartphone when I'm riding the London tube (since there's no Wi-Fi signal down there, unlike in Hong Kong)!

- From where do you draw inspiration?

Everywhere, really! Most often I am inspired by conversations I have with friends and loved ones, about their experiences and how they see the world. Other than that, books and films are things I like to turn to for ideas, as well as public lectures/talks/performances.

- Has being a part of the fantastic Ledbury Emerging Poetry Critic Scheme influenced your practice in any way?

I think it's certainly made me much more aware about how our work as poets are received within a particular literary review culture (in the UK), and how that might affect my attempts at situating my creative work going forward.

Mary Jean Chan's debut pamphlet, A Hurry of English, was selected as the 2018 Poetry Book Society Summer Pamphlet Choice, and her debut collection will be published by Faber & Faber in 2019.

Ready To Do EdFringe Without a Single Ticket? ► 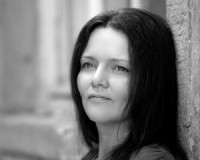 Poet Profiles » None Of My Business: Jade Cuttle talks to Jo Burns 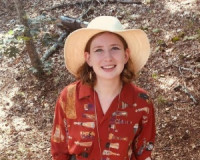 It's good to read these interviews and get a taste of who's who in the poetry scene right now. I'm so far away it's hard to be involved in that much at the moment, but I like keeping up on the times.