Ready To Do EdFringe Without a Single Ticket? 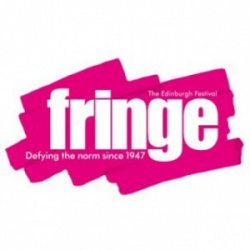 The Edinburgh Festival is the largest Arts festival in the world by far. With an almost overwhelming array of shows and entertainment on offer, stretching across every conceivable genre of performance you may be forgiven for simply not knowing where to start if planning a visit this August, particularly if you have never been before. And as for the cost of all those tickets… Fear not, spoken-word enthusiasts, for help is at hand.

Here’s a suggested list, in alphabetical order, of 18 poetry-based shows you may like to attend at this year’s Fringe. And guess what?  Every single one of these is free. No ticket required, just turn up and take a seat. Completely free shows?  How is this possible? Well the short answer is, the vast majority of the free shows at the Fringe are brought to you courtesy of the amazing PBH Free Fringe.  If you would like to know more or even make a much-needed donation to keep the Free Fringe alive, visit their website here.

Don’t just take my word for it though, please do your own research, not least because the venues are spread right across the city (but are all within walking distance of each other), and all the information here is subject to last minute change.

When Jess Green joined the Labour Party at university she doubled the number of members who met weekly in the Liverpool Philharmonic pub. Since then she’s stuck by them through the downfall of Tony Blair, the disappointment of Gordon Brown and the monolith of Ed Miliband. After a decade of keeping her membership card firmly at the back of her wallet she’s fallen head over heels in love with Jeremy Corbyn and his raw communist sex appeal. A stompy, fast-paced show about modern politics. Live band accompanies some performances.

Of course, this show will be based around Attila’s powerful, poignant, personal, political performance poetry – still evolving after 37 years. But there will be unusual music as well. Attila's main project for 2018 is a multi-instrumentalist musical one with his band Barnstormer 1649 – songs based on the English revolution of that year. Early music meets punk in a world turned upside down! He’ll be performing solo versions of some songs on ancient instruments. Music for Levellers, Diggers and Ranters – and, yes, there will be crumhorn!

If brevity is the soul of wit, then emoji is the funniest language on the planet. Or it should be. Stand-up poet Dan Simpson taps into the ideograms and idiocy of our modern anxieties with a little 'wordplay alchemy' (FringeReview.co.uk). 'Charmingly geeky' (Scotsman). Glastonbury and BBC regular returns to the Fringe with whip-smart words and playful performance. Praise for previous Fringe shows: 'The perfect antidote to the perpetual screen-burn of our internet-obsessed age' (Scotsman). 'A talented wordsmith… poetry for the selfie generation' (WestEndWilma.com).

Canadian comedy veteran David Tsonos returns with his sequel to his solo show 2015 Walking the Cat. He now has a new cat, Mitzy, and she takes centre stage as he deals with problems of adoption, veterinarians, catnappings and even a murder. David will use his storytelling and his almost 20 years of stand-up abilities to regale the audience with all his adventures in cat ownership. Whether you’re a cat person or a dog person this show will make you laugh until you can laugh no more... well maybe a little more.

What do you think would happen if you knocked on a stranger's door and offered to write them a poem? Two years ago Rowan McCabe became the world's first Door-to-Door Poet. Through a funny and thought-provoking mix of spoken word and theatre, find out about the people he met on his journey around the North East of England; from a council estate in Stockton, to his appearance on BBC Breakfast; from a mosque in Newcastle, to the most expensive houses in the region. 'A must-see' (Tim Wells, Morning Star).

A man who can't write publicity blurb wants you to come and hear his anarchic wit, satirical verse and dazzling Weltschmerz. The twat. Join BBC Radio 4 regular and walking shortbread tin Elvis McGonagall as he bellows into the void of our post-truth world. Tempted? Nah, me neither. And his cats are completely disinterested. I'll be in the bar. 'Righteous ire directed at very deserving targets' **** (Guardian). 'Funny, angry, quick-fire verse... if the word “poetry” is putting you off, get over it' **** (Scotsman). 'Wonderful writing, tack-sharp humour and uncompromising politics. Hilarious' **** (List).

Poet and raconteur Tina Sederholm has long been an adult, but still feels like a problem child. As her father is consumed by Alzheimer’s, Tina tries to uncover the facts behind a family story that never rang true. But as telling stories becomes her career, she discovers that 'what really happened' is not always simple to define. Inspired by Tina’s recently published book, Everything Wrong With You Is Beautiful is a funny and poignant meditation on the nature of memory, truth and lies. 'Completely spell-binding' ***** (EdFringeReview.com). 'Superbly realised story' **** (SabotageReviews.com).

Cult comedy spoken word artist Robert Garnham returns to the fringe. A late-night sleeper service, a train full of circus folk, a mysterious apparition in the fog... Comedy and poetry collide in this new show from the Professor of Whimsy.

What do you do when you have a best mate who's so sad he might die? Especially since your friendship is built around a mutual appreciation of 90s hip hop, borderline alcoholism and finding creative ways to call each other dickhead. Byron is bipolar and a successful performer and writer, Dave only communicates in insults. Together they must find a way to fix Byron's broken soul before it's too late. Funny, tragic and shockingly honest, this is a true story of a friendship fighting against tragedy, told by two men on a desperate quest for happiness.

Welcome to our open-hearted open mic, where you can enjoy features from fantastic spoken word artists and different special guests daily, with a sumptuous cabaret vibe. This show is dedicated to the words and voices less heard, hosted by PBH's spoken word artistic director Fay Roberts. 'A showcase of spoken word at its best... Don’t miss this, it’s wonderful' ***** (ThreeWeeks). 'Other Voices is brilliant and, more than that, it’s important' **** (SabotageReviews.com).

Middle-aged, middle class, white, British male. Heterosexual. Drinks in moderation. Average shoe size (nine). Enters B&Q through the exit, which is clearly marked: 'To enter use other door'. Mike Took delivers an hour of vaguely anti-establishment poetry for the post-modern Bohemian.  Contains 32 profanities and one use of the word “nob-head”.

Porky’s back at the Free Fringe and in rare form after two UK tours supporting The Lovely Eggs as well as his alter ego Phill Jupitus, whom he’s not really that fond of. Let’s just say that since Nevermind the Buzzcocks was cancelled, the scales have shifted in poetry’s favour. There will be new works, evergreen favourites and some occasional guests. Phill will also have his badge-swap buckets on site. So, you should totally bring badges to swap with him.

Life can be so cruel and yet so beautiful, come and join an aspiring author on a journey through a past full of hurt and joy, towards a beautiful and hopeful future.

How far would you go to impress your future mother-in-law? Returning to the Fringe following his previous sell-out run, award-winning poet/teacher/battle rapper Mark Grist brings a show packed full of comedy, poems, rap and... pugs. Featuring an unpredictable choose-your-own-adventure poem with over 6 million outcomes and a hip hop journey through all the baddies of your childhood, he's working his ass off, but will it ever be enough? 'Precision-built to reach out to a live audience' (Guardian). 'The writing’s so sharp... absolutely priceless' (Scotsman). 'Epic' (Ice Cube). 'Surely you can do better than this...' (Sally, mother-in-law).

The seal woman’s skin has been stolen, stranding her on a reef of rage and tragedy. Can she find her true home, freeing her voice? Fay Roberts (Other Voices, Hammer and Tongue, Allographic, Spoken Word Artistic Director for PBH’s Free Fringe) navigates a modern mythological sea journey in poetry, storytelling, and music. Shortlisted for Saboteur Award of Best Spoken Word Show 2016-17, the show makes its return to Edinburgh.

A brand new type of spoken word show is coming to the Edinburgh Fringe, with one half open mic and one half live spoken word show. Come along and sign up to our open mic where you'll get 5 minutes to perform poetry, music or something entirely your own. Then, sit back, relax and let us entertain you with our unique blend of poetry and theatre. The To Be Frank team is eager to meet you so please come on down and give us a chance to impress you!

He’s the world’s worst poet. Shame he doesn't know it. Sex, death, Christianity, Tim Henman, pigeons, divorce, Nazism, casseroles; no topic is too out there for Will Penswick. From one of the most enigmatic figures in modern literature, Dank Verse is a mixture of shocking (in both senses of the word; it’s awful) spoken word poetry, audience interaction and Penswick's views on life, love and more often than not, himself. Voice of a generation? Umm... 'A seriously funny show and he is a very sharp performer... You will be in for a comic treat' **** (PlaysToSee.com).

This year the Edinburgh Fringe runs from August 4th to 26th, all the information you can possibly need is online at Edfringe.com    Whatever you plan to do this summer, how about a few days in Edinburgh?  There is a very good chance it may just change your life, and it could be all for free...

◄ The Warmth and Wonderful Poetics of Mary Jean Chan

Countries of the Mind ► 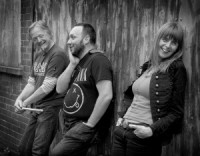