‘Marilyn Monroe of literature’? Discussion on lives of poets is drawn to Sylvia Plath 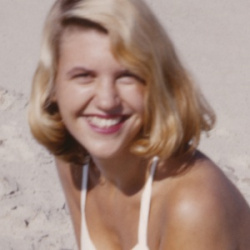 To label Sylvia Plath as “the Marilyn Monroe of literature” is glib and facile - but in order to understand her work, you do have to know about her troubled life with Ted Hughes that ended with her suicide. That was a message from US academic Sarah Churchwell at a discussion at the Poetry International weekend at the Southbank Centre in London.

Churchwell, who is professor of American literature and public understanding of the humanities, and director of the Being Human festival at the University of London, was taking part in a discussion on  the lives of poets. Discussion panel chair Michael Schmidt, a Mexican-British poet and writer who is also head of publishers Carcanet and founder and editor of the magazine PN Review,  said his own book, Lives of the Poets, had “tried to avoid the kind of gossip we like so much today”. He feared that knowing biographical details “made us read poetry in a certain way”, and that for him, the power of the final line “Daddy, daddy, you bastard, I’m through” in Plath’s poem ‘Daddy’ was diminished by knowledge of her life.

The first volume of Sylvia Plath’s collected letters has just been published. The Southbank discussion was not intended to be just about Plath – but our continuing fascination with the poet and mother of two children who gassed herself in 1963 maybe made this inevitable, despite other poets being mentioned from time to time.

Churchwell introduced herself by saying that she read Plath for the first time in her mid-30s, and was amazed to find a woman in the early 1960s “smashing the patriarchy”. She added: “To my mind, what I’m interested in is how we can understand literature better, by understanding the life it came out of.”

Another panel member, Elaine Feinstein, has written a number of biographies of poets, including that of former poet laureate Ted Hughes, husband of Plath and co-founder of the Poetry International event 50 years ago. She said: “Ted Hughes was a wonderfully generous man. His dedication to poetry … was the lodestar of his life.” She added that it was “important to understand his spirit”, rather than Hughes’ media image: “It’s the memory I wanted to recapture.”

Feinstein – “I want to make a claim for the usefulness of biography” - has also chronicled the lives of two leading Russian poets. She said: “Two of the greatest Russian poets of the 20th century, Anna Akhmatova  and Marina Tsvetaeva, can’t be understood [without the biography]. Anna survived the murder of her first husband, the taking of her son into the Gulag three times, but strangely ended in her life on an up – that’s not so common for poets, especially women poets.”

Tsvetaeva killed herself in 1941: “She had the electricity of Plath." Pushkin, another of her biographical subjects, was died in a duel in his 30s – “you need to know about that, and the struggles throughout his life”. He was constantly subject to censorship, and “was a real outsider, the descendant of a black slave on one side of his family”.

Also taking part in the discussion were Canadian poet Anne Carson, and Norwegian-Sami poet Sigbjørn Skåden. Carson told of the Greek poet Simonides of Ceos, who was the first poet who took money for his poetry, she asserted. Much of it was written as epitaphs, to be carved on tombstones, and was thus restricted to a certain length: “You can’t disentangle the biography from the poetry.” Sigbjørn Skåden told of literary arguments and biographical interpretations that have hit the headlines of Norway, including one writer being sued by his uncle, and a female novelist on the receiving end of a “revenge novel” written by her sister.

But in the end it all came back to Plath. Sarah Churchwell said: “I came to Plath because she was ambitious, because she was blonde, I suppose, because she was in her early 20s and wanted a boyfriend … and I need to know where her rage was coming from. She died at 30 … what might she achieved if …? Her body of work speaks to a lot of women.”

Elaine Feinstein paid tribute to Plath’s ability to juggle the roles of housewife, mother and poet in the way that she had been doing up to her death. “It was not easy. It was felt to be seriously odd to be a woman poet. It was extraordinarily inspiring to write that electrical poetry [in that situation] … and then we could all see that that was possible.”

Anne Carson concluded: “Just knowing the landscape in which a poet lives can make a huge difference – the world they looked on when they wrote the words.”

Background: A pilgrimage to the grave of Sylvia Plath