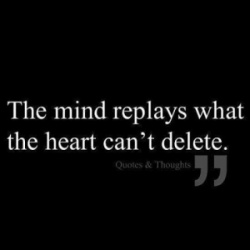 Its 5:30 in the morning after locking up I'm trying to get back to sleep,then I start to think. I wonder if there's such a thing as conspiracies in real life.I don't mean like huge political conspiracies or celebrity deaths etc , I'm talking about elaborate lies ordinary people tell,normal families And the extreme measures they go to ,in order to cover it up. Ok so we have heard about finding out your sister is actually your mom and your mom actually your gran . The "who's really who" is a common one perhaps because we hear of it a little more often. Some would say finding out you are adopted by accident qualifies as a conspiracy. Now I'm thinking when a collective group of people ,adults mostly ,do everything in their power to keep whatever truth hidden. They would feel threatened when two people who has been estranged for over let's say thirty years become closer fearing what could be discovered or revealed. So threatened that consciously they would say and act in a way that would tear the two apart. Knowing which buttons to push . they would push them so far apart with their lies and hurt they would lose sight of each other ,forget the recent promises made of always being there for another. Before ,during the thirty years they would stay in contact not close but through mutual channels they were still connected- now after Interference they are no longer anything to each other...nothing. They look straight at one another but see nothing as if they cease to exist. Two people who once meant everything to each other even through the estranged years held on to that bond of love, destroyed just like that "snap". I wonder if things like this actually happen in real life, I wonder if and when it does are the lies worth it. It is obvious that this secret caused so much pain and distress that it prompted several people, desperate do everything in their power to keep it hidden. Ironically opting for the extreme and do nothing. Everything compounded by the reaction to learning the truth but pretending it never existed. How can one continue hurting people after the fact be any better than the original hurt. How heartless does one have to be to deny the survivors any sort of happiness even something as simple as an understanding ear. Someone to make you feel not so alone in all this craziness, perhaps someone to fill in the blanks. Oh of course with such elaborate lies/conspiracies I can almost bet my life on it would come with some elaborate noble reason. It was done out of love and concern , to protect the child or children , it was the best thing for them blah blah blah . Isn't it always? I ask you honestly, was it really the best thing for them or rather simply the easiest for you? Ok so the initial intent however misguided was perhaps to protect the victims, definitely not well thought out ,rushed and dealt with appropriately, even less so, however continuing to lie and deny , destroying relationships, continuing to hurt them .Truthfully , its really only protecting the perpetrators ,granting them a sick form of amnesty where they are allowed to live their lives without so much as a thought that it serves as a constant reminder of something already on replay in your mind . Reliving it daily certainly makes it impossible to forget. People tend to forget that however million blanks and holes present in your memory, the miracle of the heart is, it never forgets. So you may not remember much if anything at all ,confused by unexplainable emotions rushing to the surface, suddenly you dealing with irrational fears and extreme rage. At first it will all seem unwarranted and you will think you are losing your mind filled with insane paranoia. No matter how many times you try to justify it feelings cannot be explained away. Concepts like ;nstinct,intuition,a sixth sense is real , and should never be ignored, it is our bodys first line of defense , it serves as a alarm , a warning bell that there is danger or something bad is about to happen , something terrible has already happened cautioning you that its not safe. Sending messages to the brain ,preparing it to deal with whatever without shutting down and going into shock . One moment you fine the next , the hairs on your body are standing up, your heart is racing , you can't breathe , panic then terror sets in and its so overwhelming , you cannot control it, you can't think of a logical reason for it, you can't think period. Right now all you are doing is feeling, you feel everything then nothing as they change , these feelings shake you to your very core , triggering the heart to remember, forcing you to look deeper because in order to find a cure you need first establish the cause. So just feeling without knowing is enough to know something traumatic happened to make you feel this way... I'll leave you with that, maybe you will get lucky and figure out where that leaves you and your secret , either way it won't remain that for too much longer...after all its starts with the heart remembering and naturally soon after that the mind follows. "Secrets make us sick" #ThoughtsInTransit

◄ Pieces of Freedom; A personal perspective on Freedom and the deeply intimate significance of the powerful influence it silently wields in my life.