Competition closes in 19 days, 16 hours. Get details and Enter. 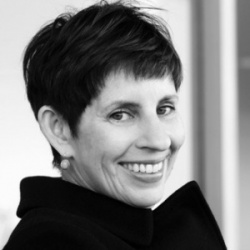 Jacqueline Saphra launched her new collection of poems, All My Mad Mothers - described as an “unreliable memoir” - on Wednesday night in London. In this blog for Write Out Loud, she talks about her mother – “a loving, chaotic, and confused free spirit” – moving to London from South Africa in the 1960s. She looks at feminism, ageing, and mortality, and at how far attitudes to women have changed over the last 50 years - if they have changed at all.

“I’ve often heard it said that you only begin to truly understand a book you’ve written once it’s finished; I feel this most keenly with All My Mad Mothers. I thought I knew what was true and what was invented in the book, but now I am not so clear about that, having lived so long in the stories that they all feel as if they are part of my own experience.

Only once I had the final manuscript in my hands did I start to describe the book as an 'unreliable memoir'. It spans more than 50 years and I’m pretty sure that some of the events are fictional, some of them are other peoples’ experiences, and some are a mixture of real and imagined, but I can no longer remember the difference between fiction and fact in my poems. There’s a fine line. This is not just because certain events happened a long time ago, but also because truth is always relative. No two people remember things in the same way and memory has strange way of mutating over time. Although some of the poems are at least triggered by my own experience, some of the experiences in the book are borrowed from other people’s lives, some are the products of an active imagination and some are a combination of all three. Nevertheless, whether “real” or “imagined”, I can’t write a poem without being emotionally invested in it. This is probably why I can no longer remember what I invented, what I borrowed and what actually happened. It all feels real and true to me, and I believe the emotional core of each poem is something I myself have experienced, even if the facts belong to someone else.

The book spans several decades and is loosely strung around the subject of mothers: actual, imagined, borrowed and stolen. It’s divided into four sections – my own childhood, my coming of age, myself as mother and a section around ideas of ageing and mortality. It explores my mother’s attitude to her role as mother, and throws into relief the way that my attitudes are different to hers. The book takes an unapologetically feminist stance on the world. Indeed, my mother called herself a feminist and I called myself one too, from quite a young age. She was a political activist (as was my communist grandmother) and I remember vividly the day she appeared on the front page of the Morning Star in the late 1960s on a demonstration about abortion rights. All My Mad Mothers moves chronologically from my childhood to the present and some of the poems have dates attached to them. This is mainly because it seemed important to temporally locate the poems, to contextualise them on the timelines of the cultures in which the events happened.

I can see that the cultural attitudes around the people I have loved have had a huge effect on the way they acted. My mother, one of four children, came of age in the 1950s in South Africa with a doctor father and a mother who was a committed communist. My mother, a loving, chaotic and confused free spirit, married an apparently highly suitable Jewish doctor in 1956, divorced him in 1961 and moved to London with me as a baby shortly after that. She found herself as a working single parent right in the middle of 1960s London and threw herself into la vie bohème amongst the literati, but always living through male artists of all types, rather than fully investing herself in her own creative life. She was confused about her role, as were many of her female friends, and the predominant culture was deeply ambiguous for women. Those were challenging times. London might have been in the throes of the sexual and cultural revolutions but attitudes to women had not quite caught up with ideas of equality – arguably they still haven’t, and that part of the story is explored in latter parts of the book, and still plays out in my own life.

Now that I’ve been alive for well over half a century and been both a daughter and a mother, I can see, in a very direct and specific way, how the sweep of history and the attitudes of particular times seep into the ways that people live. All My Mad Mothers is a book set within a particular milieu about the way that the culture around us affects the way that we live and love; it is mostly a book about middle-class, politicised and relatively independent women, and the challenges they have faced over the past half century. The collection unapologetically enacts the old feminist adage, “the personal is political”. Even in western society, our struggles are far from over, but I like to think that without being idealistic, All My Mad Mothers is humorous, exhilarating and optimistic in its view, as it moves forward in time with me from daughterhood to motherhood, and that it demonstrates that we are working towards change. I see this change played out and see hope in the lives of my own daughters and sons despite continuing challenges. But don’t ask me what’s true in the book and what isn’t because – hand on heart – I really don’t know any more.”

He says he's a Gemini too,

to parties and is a recreational

heroin user in an open

lunch and writes his number

on a rainy Friday he buys me

feeds me oysters with his fingers

pays with the dregs

All night he toys with me limply

but lovingly on the floor of

and when The Girlfriend

arrives to pick him up

the next morning as arranged

but two hours early and his tongue

is confusingly in my ear

it falls to my early-rising mother

to open the door and offer tea

and conversation to The Girlfriend

who admires my mother's

easy way with the I Ching

and spider plants, falls in love with

her collection of African beads

and new alfalfa sprouter and

(my mother tells me later) is slimmer

than I am, with longer hair.

The first time Jan and Alice came for tea,

they smoked their roll-ups, held hands,

filled their mugs and smiled a bit too much

before she welcomed them more formally:

mothers, but also sisters and iconoclasts.

Quietly I sat I braced myself. My mother said

to Jan and Alice - but even so, she longed to

get inside their heads and learn their tricks,

and what exactly did they do in bed and

by the way she totally supported same sex

partnerships or any act of procreation that

involved a turkey baster rather than a man.

Please could they teach her how to be a lesbian?

cleared their throats, but neither spoke. Alice

got up and then sat down again, Jan crunched

on a digestive biscuit. We sipped in unison

in the ensuing silence till at last two roaring boys

charged down the hall stripped to the waist,

wielding makeshift Lego guns, as if they were

the cavalry, to save us from each other.

Jacqueline Saphra’s The Kitchen of Lovely Contraptions (flipped eye, 2011) was nominated for the Aldeburgh First Collection prize. If I Lay on my Back I saw Nothing but Naked Women (The Emma Press, 2014) won Best Collaborative Work at the Saboteur awards 2015. All My Mad Mothers is published by Nine Arches Press and A Bargain with the Light: Poems after Lee Miller is due from Hercules Editions in September 2017. Jacqueline teaches at the Poetry School.

◄ 'She mortally threatened, wholly unaware that I do this daily'