The dark side of Luke Wright's Dartford tunnel vision 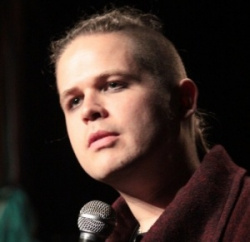 I first heard Luke Wright deliver ‘Essex Lion’ at the Edinburgh Fringe in 2013, a year after he’d written it. Its tale of credulous Clacton campers, desperate to believe in something, and angry at being mocked for what they were certain they saw, struck home with a prescient vengeance after the Brexit vote last year. He performed it again on Saturday night at the Landmark Stories festival in Teddington, splitting it into two halves, as it now appears in his new collection, The Toll.

The new title poem from the collection is downbeat yet resounds with compassion, about a daughter with limited horizons, whose dreams of flight extend only to a job at the M25 Dartford toll booth, and watching drivers “escape into those two dark throats, / To Essex, then beyond”. By the end of the poem she is able to get away, after she has done right by her alcoholic and terminally ill mum. The Dartford tolls are automated now, of course.

That same downbeat mood attended ‘On Revisiting John Betjeman’s Grave’. Wright’s admiration for “the bard of railways, / of chintz and church and teashop trysts” has always been clear in his meticulous adherence to rhyme and rhythm, as well as his observation of small-town places and concern for the state of England. He makes a second pilgrimage in 10 years to the great man’s resting place in Cornwall, and reflects that “now I see the terror, shame and sin, / the longing for the lost. Your knife-twist endings / startle like a newborn’s cry / then heap their weight on me.”

His poem 'Lullaby' mourns the "whittling of our brittle time" as couples "cleaved in two" can only "offer up a dour love" and repeat that sad, lonely refrain: "You go up, I won't be long."

Wright demonstrated some cunning linguistic tricks with two poems that each used only one vowel – ‘i’ in ‘IDS’, about the “swinish thin-grinning spilling cringing” Iain Duncan Smith, and ‘u’ in ‘Burt Up Pub’, a rollicking, filthy tale of which he said afterwards: “I sent that to Nationwide, I’ve yet to hear.” He began his set with ‘O England Heal My Hackneyed Heart’, whose structure he said was “nicked” from Dylan Thomas. Luke Wright has swapped his once-flowing locks for a stark new hairstyle, and perhaps a change of mood.

His set also represented a change of tempo from the first half of Saturday night’s show, which provided its own special moments. Zena Edwards made full use of the former St Alban’s wonderful acoustics, sometimes singing her poems, which included a long one about an eccentric in an African village, that empathised with “the alone and exiled, the introverted and the reviled”. She persuaded the audience  - not that we needed much persuading - to join in the chorus of a poem that imagined humans as an endangered species, and performed a Zulu song while playing a kalimba, her voice resounding through the old church, mixed with the liquid sound of the instrument.

Malaysian-born Francesca Beard was also looking for audience participation, giving the audience a serious of toughish questions. When she asked, “Have you ever bent the truth in order to do your job?” I found myself tentatively raising my hand. Moving swiftly on, she asked: “Who among us is not susceptible [to the idea] that there is a master key that can unlock the mystery to, Who am I?” Another good, if tricky one.

She told of going to boarding school at the age of 11, and of playing truant to avoid a school trip in a long monologue, part-poem, part-story. She finished with a song made up of previous audience “confessions”, such as “I didn’t get these scratches from a cat … while you shower I read your texts …  I’m dumping you because I miss casual sex.” Zena and Francesca had been due to perform together on the Friday night; the rearranged triple bill with Luke Wright provided a rich and exhilarating evening’s entertainment.

Review: Comics beat poets in festival bout of Stand Up and Slam!

Saying it with poetry on a day of celebration ► 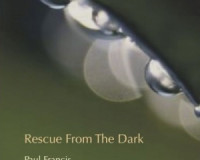