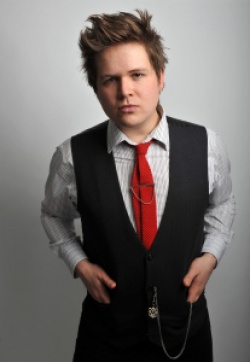 The cheery, beer-swilllng, rightwing politician Nigel Farage is attracting a lot of attention at the Edinburgh Fringe. Earlier on Wednesday comedian Matt Forde made a case for giving Farage his due as a character that enlivens the political scene. Later in the day Luke Wright, in his witty, poignant and nostalgic show Essex Lion, acknowledged Farage’s appeal to, if not exploitation of, to those who feel that something in England has been lost.  With echoes of Sir John Betjeman and even a hint of Ray Davies, Wright’s passionate and crafted poems about cosy Sunday night telly, Britpop heroes’ failed comebacks,  lost pubs, community heroines and mythical beasts cast an understanding eye upon a landscape oft derided by metrocentric types and tweeters:  “East Anglia, sweet lowland of my past” .

At 31 Wright, who ruefully acknowledges that his baby-face looks still occasionally cause him trouble at supermarket checkouts, even with two young children in tow, is perhaps a bit young to be already yearning for a vanished England. But if he isn’t himself, he knows a lot of people who are.  People like Rochdale's Gillian Duffy, dismissed as a bigot by Gordon Brown at the last election. He recognises the power of Farage, or, as he calls him, Farridge: “I live in the country. People vote for him out there.” But in his poem he points out: “He seems to think that if he’s nattish / we won’t spot his inner fascist.” As for Farridge’s colourful, clubbable  appeal, it’s a case of “vaudeville meets British Legion”.

Delivering his poems in The Box – basically a container – at Edinburgh’s Assembly, Wright's Betjeman influences come through in his loving recitation of place names like Wivenhoe, Sudbury and Lavenham within his evocation of Coggeshall, the  town he grew up in, and the antiques capital of Essex, where an episode of Lovejoy was once filmed.  And there’s a Kinks-like lament for lost village pubs in Houses That Used to be Boozers, that were once “graceless and feckless and legless each night … Farewell, Rose and Crown, the Ship has gone down …  now we’re fingering phones and drinking alone”.  Another poem depicts a community stalwart in her 80s who still organises a poorly-attended fete for her estate and refuses to admit how far it has gone downhill. Wright concludes his show by saying: “There’s a lot of people out there who feel that they’ve lost something. I don’t know if it’s true, but that’s how they feel.”

He begins and ends his show with his story of the Essex Lion, a legendary beast apparently spotted by campers in Clacton last August bank holiday, to the derision of Guardianistas and folks that talk on Twitter.  Wright wonders if there is an essential verity in their account, if that’s what they truly thought they saw. In his clear-eyed but compassionate response to such people, he speaks for Essex and England, with poems that are contemporary, clever, fair, and honest.

◄ Phill Jupitus the poet? Worth a listen. But don't give up the day job, Phill 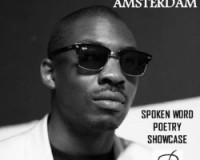 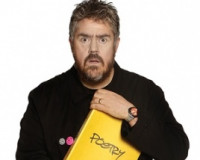 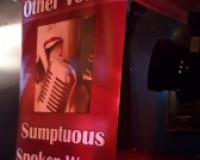 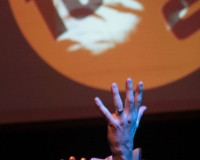 Luke Wright seems to be a vital ingredient of
today's panoply of poetry...with the excerpts
in Mr Freeman's comprehensive review giving a real flavour of his range of observational
skills.
His comment about those who feel that
something has been lost in today's U.K. is well
taken from a 31 year old. Indeed, he is wise
enough to say, from the perspective of age no doubt, that he doesn't know if it's true. From
a perspective over twice his age, I can endorse
the loss he senses. You will have had to live
through a good number of previous decades to
know. I often wonder what our octogenarian
sovereign thinks about the changes she has
witnessed - from her own admittedly elevated POV -in the country since WW2. Along with many
good things gained, we have sacrificed others
in the process...often hard to define but nonetheless to be mourned.

a grand review that Greg, its effect being to make me envious of your presence there.
Luke Wright is a superb performance poet who generously invited Write Out Loud along to an Arvon poetry performance course he ran, to promote the website, which is also where we met his co-tutor, Francesca Beard, with whom I subsequently ran a course at the same centre. Small world?