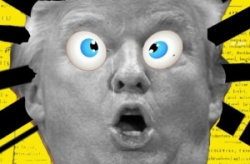 Poets, writers and artists will gather in 32 American states on Sunday 15 January - and in London and many other cities worldwide - as part of Writers Resist, in protest at fears that democracy is being eroded, in the runup to Donald Trump’s inauguration as US president on 20 January.

In New York former US poet laureates Robert Pinsky and Rita Dove will read on the steps of the public library. Pinsky, a professor of English and creative writing at Boston University, told the Associated Press that he plans to read a new poem that will invoke celebrated black poet Gwendolyn Brooks, Walt Whitman and others in support of American democratic ideals.

"Those of us who use words professionally have a certain stake in the truth," he said. "It's hard to think of anything more important. In the long run, lies and fabrications wither away, but the truth endures forever."

In London a free event will be held at the Horse Hospital in Bloomsbury from 4-6pm with readings by Tom Pickard, Cathy Dreyer, Sarah Fletcher, Richard Skinner, Talin Tahajian and Owen Vince.

Russell Bennetts, organiser for Writers Resist London, said: "Five days before the inauguration of Donald Trump, writers and readers are gathering worldwide to protest any slide into fascism by the United States.”

◄ Humber reflections: Sean O'Brien on how city of culture has inspired poets

To borrow from a line of other days.
What do they know of democracy
Who only democracy know?

Worldwide for Trump: Nothing for May