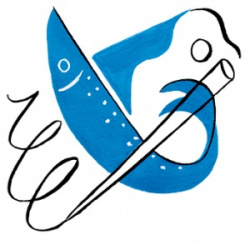 A three-day poetry event that was organised by volunteers after this year’s Aldeburgh poetry festival was scrapped because of lack of funds got under way on Friday 4 November.

Poetry in Aldeburgh will take place in the Suffolk seaside town where the original Aldeburgh poetry festival was held for many years. The organisers are already considering plans for a repeat event next year.

Robin Boyd, chair of Poetry in Aldeburgh, said: “We are considering it actively.  We have been very pleasantly surprised by approaches from serious people who want to read at or support a similarly collaborative event in 2017. The decision will be made after we have finished this one but the team feels positive about the momentum created.”

The Poetry in Aldeburgh team got together after the Poetry Trust, organisers of the long-running Aldeburgh poetry festival, announced shortly after last year’s festival that it was making swingeing cuts because of a funding crisis, which meant no festival at Snape Maltings this year.

Poetry in Aldeburgh has been organised as a “collaborative initiative” involving 10 national and local organisations, including the Poetry Society and the Poetry School, with over 100 poets, groups and other artists providing a weekend of readings, workshops and more. Events will take place in Aldeburgh’s Jubilee Hall, the Peter Pears Gallery, and The Lookout.

Meanwhile word from the Poetry Trust raises the prospect of two big poetry events around Aldeburgh next year. The chair of the Poetry Trust board, Robert Seatter, has said in recent days that the trust remains “absolutely committed to the Aldeburgh festival, and the fantastic legacy created by Michael Laskey and Naomi Jaffa.

“What we decided to do in 2016 was to take a year out to review how the Poetry Trust operates, in order to come back more robust and financially viable for the future. At the moment, we’re working with Arts Council England, who have just awarded us a transition grant, to work out a detailed plan, enabling us to come back in 2017 with a new festival.”

◄ Another stab at the charts? Roger McGough teams up with Little Machine