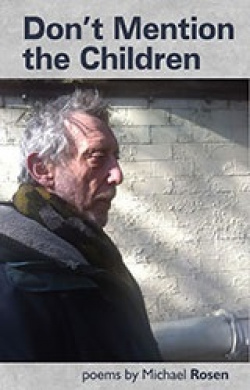 Until I read the blurb, I thought the title of this collection of adult poems by the former children’s laureate, Michael Rosen, might refer to hiding the content of this book from the children  - or perhaps hiding children from the contents of the book. After all, children are far too rational and sensible beings for the adult world: they see straight through us with our wars and invented enemies, our excuses about the economy.

It transpires that the title of the collection has a far more sinister connotation than any my imagination had ascribed to it, referring to the refusal of the Israeli broadcasting authorities to mention the names of children killed during the Israeli shelling of Gaza in 2014.

The implications of such namelessness are ruthlessly examined in the title poem:

The children must be nameless.

The children must leave this world having no names.

Don’t think of the dead children.

The author says in the introduction that he thought of the poems in this collection as falling into three categories - the political, the autobiographical and the surreal - but then goes on to say that those categories broke down at the very moment of their creation.

Any degree of autobiography must necessarily involve surrealism, particularly when the examined life has involved belonging to a Jewish minority in 20th century Britain. For Jews of the diaspora,  the sheer contradictions inherent in domestic lives lived out so very far from home often veer between the tragic and hilarious.

‘Ask your father what he’s doing and tell him to stop it.’ (‘Connie Rosen’)

When surrealism beckons, it falls to the writer to accept it into the poem in a way that reflects the world in all its querulousness, misery and joy back to the reader. If the poetic impulse is there, it is there, and cannot and should not be constrained or organised away.Then, too, the political and the surreal are instantly and sometimes, horribly, interchangeable - a situation which is well foregrounded in these poems. In that moment of the absurd it is easily possible for the reader to recognise similar situations from his or her own life.

Remember the corned beef and the typhoid outbreak?  No? Well, find out about it here. Or read an explanation to Marine le Pen about yellow stars, an irrational conversation about doughnuts, and another equally odd but highly entertaining dialogue between the narrator and a pizza delivery man concerning an allergy to marshmallows.

Beyond pointing up the surreal and often ridiculous contradictions of modern life, these poems shine a searching and unsympathetic light on the creeping rightwing ideology which is infecting political parties across Europe.

that fascism arrives in fancy dress

worn by grotesques and monsters …

fascism arrives as your friend.

it will restore your honour

give you a job, clean up the neighbourhood….

We all have irrational conversations – often they make front page news -  dressed up as politicians’ “reasons”; drones dressed up as humanitarianism.

The author asks question in these poems – for example, about the current state of the education system or about fears around immigration, much played on by various parties during the 2015 elections. Certain answers can only be supplied by those in power and those in power are playing by their own rules; what is the price for following the game blindly?

The apples are growing on the tree.

What is growing on the tree?

If you say ‘leaves’ you are wrong.

There are usually leaves on the tree too.

I’m not anxious about immigration.

I’m anxious about what power people thing they can get

So you say the land is yours.

So you put hundreds of thousands to flight.

And if these poems are unashamedly political, then good!  More like this, please. I am recommending this book as required reading for anyone who worries – even slightly – about creeping fascism in societies where increasingly it seems there is only one answer. That is apples. But I’m particularly recommending it for anyone who can’t see how close to home the problem is moving. 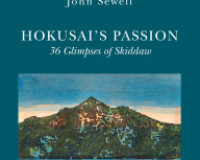 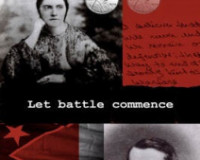 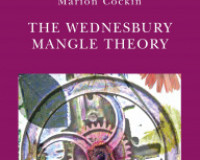 What a compelling review, Frances. Michael Rosen going on a facist hunt. We're not scared.