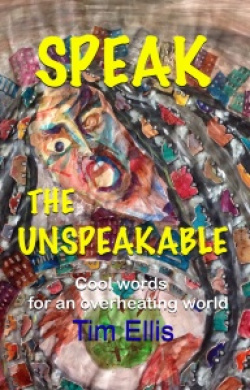 Chipper people,  old and young,
making the most of the evening sun,
sucking death into their lungs
beneath a high street awning:

Formerly sociable,  carousers and clubbers
but outcast now,  they croon one another
with raucous gurgles of bronchial slobber
and carcinomas forming.

A message made to catch the eye
is emblazoned on the packet’s side:
“Cigarettes gonna make you die!”
but they never read the warning.

The packs say,  “Cigarettes will give you
cancer,  coronary,  stroke,  what ‘ave you,”
but peace of mind is easy if you
never read the warnings.

Across the road a bailed-out bank
reminds me of the economic angst.
They lend no money and earn no thanks,
but at last reality’s dawning

and gone are the days when mortgage brokers
splashed out cash to buy no-hoper
sub-prime debts.  They’re just like smokers:
they never read the warnings.

Something whooshes past:  a plucky
teenage racer revs it up,  he
lives for speed but he’ll be lucky
to live to see the morning.

More testosterone than gumption
he endangers life with no compunction,
never slows down at junctions
and cuts across the corners.

Blind summit,  bend,  Give Way
- the happiest thing this boy could say
is he’ll never see his hair turn grey;
he never reads the warnings.

Hard to believe,  but friends of mine
won’t take the bus if they can drive
and refuse to drive if they can fly,
ignoring all the tell-tale signs:
the tropical rivers running dry,
the mega storms,  the oceans’ rise,
the polar ice-caps thawing.

Deserts bulge before their eyes
and still they don’t realize
why Britain’s a swamp under rain-laden skies,
why America’s plague of forest fires
gets ever more apalling.

But other times I think "Goddamit!
Nature works within its remit:
let it wipe us off the planet,
can’t say we had no warning!"

Another poem from my new pamphlet, "Speak The Unspeakable: Cool words for an overheating world"