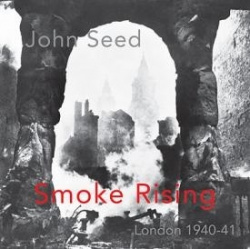 I first came across the poetry of John Seed in the anthology, A Various Art, a gathering of British experimental poets from the 1970s and 80s. I can’t say that I was struck by them, not that they were badly written or anything. They were obviously influenced by American Objectivist poets such as George Oppen; but they didn’t lift off the page in the way other poets in the book did.

Since then, however, he’s taken one aspect of the Objectivist project, and made it his own. Charles Reznikoff created the documentary poem by taking his poetic material from such sources as legal reports and testimonies, rearranging into lines and cutting and pasting the words to create serial poems like Testimony and Holocaust. He took one aspect of Objectivism, namely its removal as far as possible of the poet’s voice to write directly and objectively, to its logical conclusion by leaving only with the various voices of his source material.

Like all forms of collage, there is a definite choice being made by the author; but there is the chance to hear the voices of ordinary people in these poems. Smoke Rising follows on from books such as Pictures from Mayhew, That Barrikins and others in that he collages material from various sources to describe the experience of the first year of the Blitz. He doesn’t list all his sources, but he does make it clear that the words aren’t his, but are the words of the people themselves. Newspapers, documentary films, memoirs and such have all been cut and pasted from and arranged into a single poem, split into short segments.

It reads very easily and unlike some experimental poetry isn’t difficult, unless you just want a single story or point of view. It’s like a film made entirely from montages: not unlike Man With A Movie Camera, the experimental 1929 silent documentary film with no story and no actors, and there’s definitely a sense of trying to capture the experience of ordinary life surviving in extraordinary circumstances. Here you get a plethora of voices and experiences that build to an overall picture of violent times that is somehow affirmative rather than wholly negative. Though there is an occasional reference to dates, there is no real progression in time:

A very little rain fell in the night

Anderson shelter where a bomb

dropped was afire and two

women and two kiddies was in

this here shelter in a very

very short time we had the

emergency door down and these people…

These two extracts give a flavour of the language, which is both unpoetic and somehow beautiful because it comes from ordinary people, not from the poet. The poet has become less an originator and more a conductor of the music of the street.

I really like this book. It gave an insight into the experience of the Blitz that a lot of poems, writing from the outside and often with an agenda, don’t have. It attempts to give a view from the ground up. There are some beautiful passages. If you’re looking for a different way of doing and experiencing the poetry of the everyday, then this book is recommended.