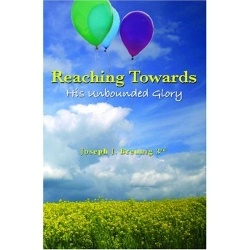 the mighty Roman army had gone;

can they together, really belong?

Can anyone else see

inside this puzzle’s mystery?

It’s been learned that it’s not a game

and a truth, always remains the same.

Known is the square’s earliest evidence –

Can it be a mere coincidence,

that it was found in a retired soldier’s home?

From one who had faithfully served Italy’s Rome.

The Naked Archeologist cracked this riddle,

by playing around with the letters of its middle.

Fairly revealing were some of its words,

whose interpretation were not fully obscured.

From analyzing all 5-lettered Latin palindromes,

The hidden phrases are now, no longer lost;

The leftover letters include “a” for “The Alpha”,

while “o” represents “The Omega”.

The last secret, discovered inside this puzzle’s framework,

informs us: “The Alpha and Omega holds the wheels in work.”

For with Jehovah, nothing is impossible –

when we see that “Jesus makes God’s work possible”.

Information for this poem was gleaned from a video presentation of Simcha J., who is known as the Naked Archeologist.

The first SATOR square was found carved on the wall of a retired soldier's home; he had served the Roman army and his name was Paquio Proculo; it's been dated around 79 AD.

Learn more about me and my poetry at:
http://amzn.to/1ffo9YZ

◄ Poem: Way of The Cross

we respect,admire and salute your persistence.