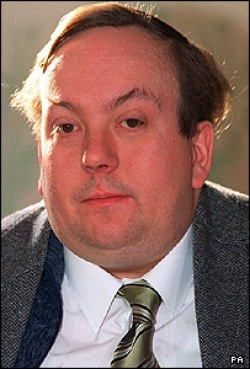 And always the silent smell
Of music follows
Each time his name is mentioned
Never justice,

Miscarrying justice
And innocence
Constantly brushed
Under the carpets

A terrible crime
With two victims.

(This poem is in memory off Stefan Ivan Kiszko (24 March 1952 – 23 December 1993), who served 16 years in prison after he was wrongly convicted of assault and murder of Lesley Molseed. His ordeal was described by one MP as "the worst miscarriage of justice of all time” Kiszko was released in 1992 after forensic evidence showed that he could not have committed the murder. He tragically died in December 1993 shortly afterwards)

Unsaid (for the children abused in Rotherham) ►

I knew the family vaguely, as I used to pass their 'eccentric' house on my way to work in the sixties. The house had a shop window front which was filled with every variety of cactus [cacti?]I occasionally used to see Stefan himself, although we weren't on first name terms. He was somewhat of an 'oddball' which is probably why he was targeted by the deeply corrupted police force at the time. They were responsible for hiding Cyril Smiths crimes, and the people who battered Stefan into a confession got early retirement!!!! His mother died 6 months after of 'a broken heart' Afterwards I used to think that what happened to him could have happened to me as I felt 'picked on' myself a few times by unfriendly coppers!

thanks for your comments andy i appreciate the encouragement. particularly like this one. seems odd to say i like or enjoy it, just think it well written and direct

thanks sian. you got the point behind this poem spot on. thank so, so much for your thoughts here.

Hi Andy - thank you for your comments re "force of nature " most kind of you to remember me - your piece is so very important - in that it highlights the need for truth. As an ideal we should all be striving towards it and of course it maybe assumed that it resides within our justice system - but not always and this is so sad .

hi shirley - anne; thanks for the comment on my poem for stefan. wasn't thinking about that when i wrote it, but i think you are right. it does make you wonder considering what has come to light since. glad you liked it.

When I think of Stefan I always wonder if the cover-up and his conviction were connected in any way with the 'highly connected and protected' paedophile ring operating in the area at that time.

thanks guys. this is a topic that i've wanted to write about for ages and ages but never found the right words until recently.

it was before my time the case in question in the 1970's but i remember it well when he was released in the 1990's and what happened afterwards.

special thank you to Loraine Darcy who was really there and described much better in her comments than i ever could in this poem.

I used to work at the psychiatric hospital where Stefan was incarcerated and remember this gentle and innocent man well (his mother too). I also remember the continual hounding by the press. Tragic. What more can I say. Brilliant poem Andy.

Excellent stuff, Andy, both the topic and the writng. Very impressive.

I concur with Tommy's comments Andy. I remember the news clips and tv coverage relating to him. DNA is a wonderful addition to forensic science. If only his case could have been investigated thouroughly and the DNA breakthrough earlier than the nineties.
A superb piece of writing to a most tragic sigtuation Andy.

This needed to be said. And the time factor adds to the disclosure. Your (intended)use of cliche has it's place here, adding to the weary abuse he and his mother and family suffered. And I hope you don't mind my adding a 3rd victim to this episode, Stefan's mother who died shortly later.