Portrait of the artist as a young reporter: tour of Dylan Thomas haunts this weekend 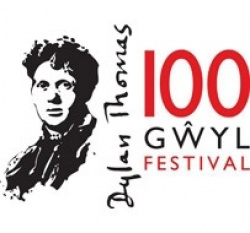 Dylan Thomas fans have a chance to tour some of his Swansea haunts this Easter weekend. The two-hour tour, which is being led by Fluellen Theatre Company, starts from the Maritime Quarter’s Dylan Thomas Centre at 10.30am on Sunday April 20. The tour will take in such spots as the original site of the Kardomah Café, where a young Dylan regularly used to meet with other artists and writers such as Vernon Watkins. Other haunts to be visited will include the original site of the South Wales Daily Post, where Dylan worked as a junior reporter for three months, carrying out daily “calls” of police stations and hospitals in the search for news, before poetry and fame beckoned.

Swansea council has organised the tour as part of the Dylan Thomas 2014 festival to celebrate the 100th anniversary of his birth. Frances Jenkins, Swansea council’s strategic manager for culture, marketing, tourism and events, said: “These tours are always popular because they show the locations in Swansea that were important to a young Dylan before he went onto become one of the world’s most popular writers.”

Swansea’s Dylan Thomas Centre has been awarded £935,700 by the Heritage Lottery Fund, securing dits future in the centenary year of the poet. The grant will enable the expansion of the current Dylan Thomas exhibition, allowing for unique memorabilia, previously kept in archives, to be placed on display at the museum and arts centre, in the Maritime Quarter of Swansea. This includes a letter from Dylan Thomas to his wife Caitlin, hastily scribbled on the back of a pay-in bank stub. A collection of Thomas’ notebooks will also be returned to Wales on loan for the first time since he sold them in 1941 to the University of Buffalo, in New York.

Hannah Ellis, Thomas’ granddaughter, said: “The centre is home to the largest collection of Dylan Thomas related material in the world, a collection that provides a unique insight into who my grandfather truly was. I want young and new audiences to be able to learn about and discover my grandfather’s poems, his stories and his plays. This grant from the HLF will bring the exhibition into the 21st century and open it up for future generations to enjoy.”

◄ John Cooper Clarke: 'Poetry is not something you retire from. There is no heavy lifting involved'