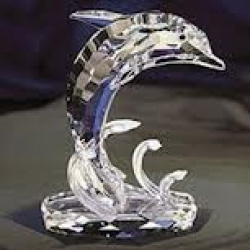 Hello all you 52 Hertz readers and writers out there.  I'd like to announce the results of our recent competition and reflect a little on all the lovely feedback I had from voters.    Not everyone chose to explain their vote, but I've included here some of the more salient comments.  If your poem doesn't feature in comments, that's not to say someone didn't vote for it - just that they were in a rush!

On the whole, I was pleasantly surprised by the number of people who took time to vote  - also glad to see that the votes spanned a wide range of poets/poems - not just the top 4.   For me, it all went to prove that our tastes in poetry are incredibly diverse - also that appreciation of a poem can't be determined by the number of comments on the blog.

by quite some margin, was Cate with her poem 'The Last Song', a hauntingly ominous piece, which imagines the plight of the last remaining member of a species.  I have printed a copy of the poem at the end of this blog, for those of you who haven't had chance to read it.

'This poem has a nice flow to it and really conveys the solitude of the whale.'

'The last song...for its inclusiveness of oceanic scenery,
the slaughter, and the making it a threnody'

'What can I say... Profound thoughts and feelings that take you on its spiritual journey.'

there was a tie between John Coopey and Dave Bradley both of whom rather conveniently called their poem '52 Hertz'.

loneliness'    ' for its concentrating on need.'

There were many comments on all of the work, but just a few that I'd like to share, as those voters had put some thought into it.

The Project   - Ian Whitely  'cos it's well-crafted and original'   ' Not sure if this really conforms to the theme of 52 Hertz but a great work anyway and another one set out and structured in an interesting way.

Passing -  Harry O'Neil    'A well crafted and ingenious piece with typical Harry naughtiness and inventiveness.'     ' cos it's poignant and funny.'

Echo - Francine  'cos the last 6 lines have stayed with me and that's rare.'

Of Katy and Narcissus  - Katypoetess   'A lovely work which conveys a real sadness and has a interesting structure to it which really works.'

Finally,  I feel honour-bound to fess up the fact that Cate happens to be my sister.  There have been many times in my life when I've wished I wasn't related to her - but none more so than now!  Darn it - what can I say?  My votes and records are available for scrutiny should anyone suspect foul play.

On the issue of prizes - I had been planning to award the worthy winner with a Swarovski crystal, diamond encrusted whale figurine - but since it's you Cate - a bunch of plastic carnations is winging its way...

Seriously now - since 3 of the winners are within striking distance of the Tudor in Wigan - (WriteOutLoud's premier North-West performance poetry venue), I shall award prizes at the next gathering in September.   John Coopey - please let me have an address and I will post you something.  I had been hoping to send you a booby prize, but since I'm paying for postage, I'll make sure they're light weight and inflatable...

I've really loved running the competition and reading all the entries.  I couldn't have done it without all you wonderful poets out there  - so a big thank you to everyone who wrote poems, read poems and voted on poems - you're simply the best!

Dim are the depths and deep are the dives

As he glides on his solitary way

Through forests of fronze and rainbowed reefs

Round rocks where the guillemots play

And out to the oceans embrace

He follows the path that his ancestors took

The last of his line and his race.

Is ancestral memory absorbed from the past

Of whalers who slaughtered his kin?

Does he see as he cruises the vast lonely waste

The sun bleached bones of his kind?

The carcasses rotted and scavenger stripped

The fate of his race sealed and signed?

You may hear him sometimes as he journeys alone

And sings to the set of the sun

For the saddest of sounds is the song of the whale

As he calls to his brothers long gone.

◄ Voting for the 52 hertz comp

Hi Rachel - I'd love to get you one of those lovely little ornaments but when I've priced them up they are hundreds of pounds. But don't worry - I'll get you the nearest thing I can afford - they come a lot cheaper in plastic!

isobel...can i have that lovely dolphin ornament?

And very many people did Rachel. If you're around for the September Tudor, I'll make sure you get the prize - which I haven't bought yet!

Greetings to you all, and many thanks for your lovely comments and votes!
I was both delighted and surprised to win this. Delighted which is self explanatory,and surprised because I am not a frequent visitor to your site and not well known, and because my entry is traditional in style and composition which is sometimes viewed (erroneously in my opinion} as somewhat passe by the modernists. It is good to see such diverse and interesting takes on a common theme, and can only thank Isobel {however much she wishes she wasn`t my sister!)for making me put pen to paper after a long abstinence from this creative field
And do not even think of giving me paste or sending me plastic flowers Isobel you muppet! Both my pet hates as you well know! A steady supply of GnTs at the next Tudor will suffice! Poor John, I hate to think what your booby prize will turn out to be......the mind boggles, but do let us all know!!
Best wishes to you all
Cate xx

well done Cate - great poem and worthy winner. Thanks for organising the competition so well Isobel :-)

A worthy winner. Congratulations Cate. Well done for organising this Izz. Expect you had a whale of time doing it

Congratulations, Cate, and excellent job in the organising, Isobel.
I didn't offer any comment on my vote (for Cate, as it happens) but essentially I felt it was better by a country mile than anything the rest of us offered. You don't post anywhere near enough, Cate.
As for the booby prize? What can I say?
Thanks for the mammary.

Great subject and kudos to YOU, Isobel, for doing a fantastic job (as always) in running the comp! And it got me writing again! XXXXX