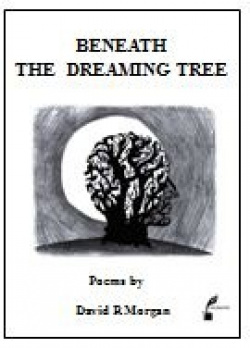 The Guardian has reported on what has been the talk of the online poetry community: that there is a new serial plagiarist in our midst. Following the Christian Ward scandal earlier this year, the new culprit is a poet called David R Morgan, who has admitted to the plagiarism, and told the Guardian he was "so very ashamed and regret hurting people by my stupidity". He said he was "truly sorry to everyone whose thoughts and work I have taken", and vowed to never do it again.

Earlier this week googling Morgan’s name revealed lots of entries, but each click found that the entry had been subsequently been removed as publishers and magazines reacted to the news. His plagiarisms has been revealed by investigations led by the poet and academic Ira Lightman, who earlier assiduously tracked down transgressions by Christian Ward.

Susan Sims at Morgan's publisher Poetry Space said she had suspended sales of both of Morgan’s collections, Beneath the Dreaming Tree and Once Bitten. Armando Halpern, editor of Ariadne’s Thread magazine, which has three David R. Morgan poems in its current issue, said he eventually had to reject all submissions by Morgan after being “bombarded” with poems.

The Guardian points out that the poetry community is now asking itself just how widespread plagiarism is.

“Some plagiarists are unlucky that a lot of books not online have been put into Google Books. One can't read more than a few pages online, so it doesn't render the real book worthless. But all its text can now be checked in Google, if you put in a phrase from a poem you suspect of plagiarism," said Lightman. However, "the difficulty is that Google is all very well, but nobody has an encyclopaedic photographic memory of every poem not online or out-of-print (but still in copyright)".

In a blog in the Ottawa Citizen Canadain poet Colin Morton said: "I was not much upset at being the target of plagiarism, until I read David R Morgan’s prize-winning poem Monkey Stops Whistling. Indeed, 'his' poem is nearly word for word the poem called Empty Bottles that appeared in my first book over 30 years ago. But every change he did make, from the title onward, diminished my poem and betrayed its intention. For my poem is in part a celebration of the community of poets who support and encourage one another, and an illustration of how poems come from other poems.

”The poem found its natural audience – other poets – when it was published in magazines and anthologies around 1980, and when American poet Charles O Hartman offered to put it on his Internet site, the Contemporary American Poetry Archive, I readily agreed. After all, I still want my poem to be read.

"David R Morgan’s plagiarized version of my poem, however, was stripped of any reference, Canadian or otherwise, that made it distinctive. Morgan claimed to have written my poem, but he clearly didn’t understand it or, indeed, poetry itself."

The sad thing about both these plagiarists is that they diminish the poems they steal because they have no idea what poetry is about. They are the ultimate non-poets really. I wouldn't like someone to copy one of my poems and post it under their own name, but I think it would be even worse if they altered it so that it was just a bad poem.

"If you must write prose or poems, the words you use should be your own. Don't plagiarise or take on loan." - Morrissey.

not good atall here. i've read some quotes by this guy which does make it appear to be a different ball game here, but everything published since january 2011 (i read elsewhere) is worrying however.

let's hope it is the last one but i suspect it probably isn't.

Don't quote Shakespeare or the Bible in your poems guys. You'll be in for it good n proper.

In the Guardian story Ira Lightman is quoted as saying: "Everything online by David R Morgan that I could find since Jan 2011 I could trace 90% of to another person's poem."

When does allusion, quotation or inspiration become plagiarism? To what extent did this poet plagiarise? Whole works? Fragments, Odd lines? David Bowie has described a songwriting process which begins with an existing song. Then he modifies the melody and the lyric repeatedly until a 'new' work emerges. Plagiarism. There was a big controversy a few years back alleging that Dylan plagiarised songs on the album Love & Theft. Well of course there's a clue in the title. I looked into this a bit and you could find inspiration from previous works or thematic similarities but nothing I'd call plagiarism... musically it was a different matter. But then he's always taken other people's melodies!

It's the democratic ethos of Write Out Loud, Tim. We all take our turn in posing next to the lead story, whatever it may happen to be. A new pic with every click. No one hangs around there for long!

I doubt my friend Felix is going to be too happy if he notices his photo posted right beside this headline on your home page...