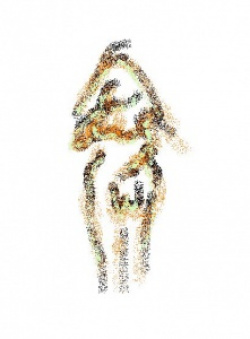 Shame - the greatest shambles; a sham

twisting and turning and diving, deprived

Lies for eyes, for ears and the nose; twitch

flies on the flesh of festering fetishes; groan

twisting and turning and diving, depraved

thoughts that pierce then burrow deep, penetrate and painful,

mischief and menace, self destructive impulsing

twisting and turning and diving and shameful.

Might make sense to you
but well above my comprehension level.
Try dumbing it down to appeal to the masses
No offence meant. You can rubbish mine as much as you like. Ken.