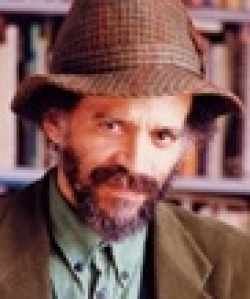 Guyana-born poet John Agard has been awarded the Queen's Gold Medal for Poetry for 2012. Agard, who writes for both adults and children, moved to the UK from Guyana in 1977. His poems include Half Caste and Listen Mr Oxford Don, and he is celebrated as a performance poet studied by GCSE pupils. His most recent works include Alternative Anthem: Selected Poems, and a book of children's poems, Goldilocks on CCTV.

Agard said: "When told the news out of the blue … I couldn't believe my ears and it took a little time to sink in. I am delighted, as well as touched, to be in the company of such names as Charles Causley, Norman MacCaig, Gillian Clarke, Stevie Smith, Derek Walcott." The medal was first presented in 1933 by George V. Recommendations are put forward by the poet laureate and chosen by a committee.

Poet laureate Carol Ann Duffy said: “John Agard has always made people sit up and listen. He has done this with intelligence, humour and generosity. He has the ability to temper anger with wit, and difficult truths with kindness." She added: “In performance he is electrifying - compelling, funny, moving and thought-provoking. His work in education over the years has changed the way that readers, writers and teachers think about poetry,"

Agard was born in Georgetown, Guyana, and moved to the UK in the 1970s where he worked in London as a touring speaker for the Commonwealth Institute, and for the National Maritime Museum. He now lives in Lewes, East Sussex.

◄ Have poems, will travel: a chance to read at Cheltenham festival