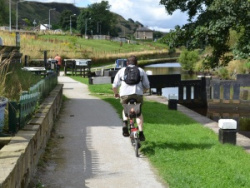 January 2012 started in a big way for Write Out Loud. Frances Spurrier’s wide-ranging interview with the then-Poetry Review editor Fiona Sampson - she resigned the following month - garnered a record 54 comments, many of them focusing on Sampson’s views about the teaching of poetry in schools. John Burnside won the prestigious TS Eliot prize, Carol Ann Duffy  took the Costa poetry prize - and Ann Foxglove and Kealan Coady shared first prize in Write Out Loud’s own prestigious competition organised by Anthony Emmerson.

In February the Arts Council restored the Poetry Society’s funding, after it had been suspended following the extraordinary turmoil of the previous summer. In the same month Oxford’s professor of poetry, Sir Geoffrey Hill, perhaps emboldened by his recent knighthood, took the poet laureate Carol Ann Duffy to task over the latter’s linking of texting with poetry, and criticised her for “oligarchical commodity English”. Elsewhere in the world, something happened that put Hill’s peevishness into perspective. Chinese dissident Zhu Yufu, who sent out a poem on the internet called It’s Time, was jailed for seven years for subversion. Nobel Prize-winning Polish poet, Wislawa Szymborska, died aged 88 in her native Krakow. Back in Britain we heard of the untimely death of Geoff Stevens, editor of Purple Patch magazine and champion of small press publishing, at the age of 69.

March saw the death of American poet Adrienne Rich, aged 82.  Allison McVety won the National Poetry Competition with her poem To The Lighthouse. The national poet of Wales, Gillian Clarke, became the first woman to win the Wilfred Owen war poetry award, and a radio drama-documentary by Simon Armitage - Black Roses: The Killing of Sophie Lancaster, an elegy to a student who died after being attacked in Lancashire - was shortlisted for the Ted Hughes award for new work.  By the end of the year it had been staged as a play in Manchester.

In April 60 leading poets contributed to a volume to mark the Queen’s 60 years as monarch.  Meanwhile the queen of south Wales, and regular Write Out Loud contributor, Mab Jones, burst into flower as first poet in residence at the National Botanic Garden of Wales.

Simon Armitage’s Stanza Stones project was launched in May, with Armitage’s poems chipped into rocks along a 47-mile Pennine trail from Marsden to Ilkley.  Meanwhile in Bolton another trail saw poems posted in shops in an arts festival project curated by Write Out Loud’s Julian Jordon.  Write Out Loud’s Isobel Malinowski  interviewed Scottish poet Kenneth Steven about conservation, introspection, publication and poetry in schools.

The run-up to the 2012 London Olympics began in earnest in June with Poetry Parnassus at London's Southbank Centre and then on tour, bringing together poets and spoken-word artists from all over the world, with all competing Olympic nations represented. Events included a rain of poems from a helicopter as the sun set. The education secretary, Michael Gove, said he wanted five-year-olds to learn to recite poems by heart. Simon Armitage was sceptical about the idea.

The cultural celebrations to mark the Olympics continued in July with Peace Camp, Deborah Warner and Fiona Shaw’s project of love poetry and landscape involving eye-catching coastal locations, and poetry emanating from glowing tents, and witnessed by Ann Foxglove in Cornwall. Carol Ann Duffy won the PEN Pinter prize, and young Welsh poet Rhian Edwards was shortlisted for the Forward first collection prize, and interviewed by Write Out Loud.

As the Olympics took almost all our attention in August, Write Out Loud hero Winston Plowes launched the Rochdale canal poetry trail, first calling for submissions, and then attaching successful poems to each of the canal’s 90-odd locks during an intrepid 32-mile cycle journey between Manchester and Sowerby Bridge. It was a project in which many Write Out Louders enthusiastically took part.  They also queued up to enter Write Out Loud’s Olympics poetry competition, organised by Graham Sherwood, with Yvonne Brunton coming away with the gold.

September saw the publication of Catechism: Poems for Pussy Riot, edited by Mark Burnhope, Sarah Crewe, and Sophie Mayer, in support of jailed Russian punk band Pussy Riot, with all revenue going to the Pussy Riot legal fund, and the English PEN Writers At Risk programme. A big event for us was Laura Taylor’s hugely successful launching of Write Out Loud’s Facebook Community page, which introduced its own new features, and reminded all those out there in FB land where to find us.

October’s big news included National Poetry Day, Write Out Loud’s poetry jam at the Marsden jazz festival,  and Write Out Loud poets rallying round to back Kingsland special school’s poet tree, a fantastic project that we really hope will catch on elsewhere. Elsewhere in Write Out Loud land, members in Stockport joined the fight to stop spending cuts hitting opening hours at the art gallery, where Write Out Loud meets.

November saw more sombre news from aboard, of the jailing for life of a poet in Qatar after an internet video was posted of him reciting a poem that praised the Arab spring and Qatar’s uprising. Muhammad ibn al-Dheeb al-Ajami had been in prison since November 2011, months after the video was posted of him reciting Tunisian Jasmine - a poem lauding that country's popular uprising, which sparked the Arab spring rebellions across the Middle East.

In December former poet laureate Andrew Motion joined forces with education secretary Michael Gove to announce a national poetry recitation competition for secondary schoolchildren. Linton Kwesi Johnson, regarded as the father of dub poetry, won a Golden PEN award for a lifetime’s distinguished service to literature. and Guyana-born performance poet John Agard won the Queen’s gold medal for poetry. Meanwhile Write Out Loud’s Frances Spurrier offered cautionary advice about the perils and pitfalls of seeking publication. It drew many interested comments, just as her interview with Fiona Sampson had done at the beginning of the year.

Thanks, Greg,an excellent review. I wasn't so much involved this past year, but I'm looking forward to 2013 activity.

Great round-up Greg. A happy new year to you and yours and a sincere thanks for all the work you've put in during the past year. Let's hope that 2013 proves to be just as productive and entertaining (and, hopefully, a trifle less damp!)

What a fabulous synopsis Greg! It's all coming back to me now...

Hi all, And lets not forget that we wouldn't be able to read all this news without our excellent WOL News editor, Gregg. Well done to all and yes, as Iso says lets hope 2013 is a prosperous and successful year for WOL and its many members.

What a great review Greg - can't believe so much has happened in one year. You brought back plenty of memories with that meander through 2012.

I also love the picture of Winston cycling off into the distance there. I wonder what 2013 holds in store for us - plenty of new funding for the site, let's hope...