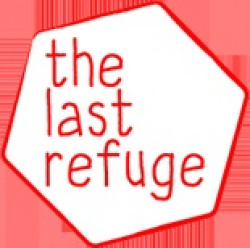 It’s funny where life takes you. If three years ago someone had told me I’d be organising my own poetry open mic event I would probably have laughed in their face. Yet there I was, on 29 July 2012 in a tiny back-street theatre bar in Peckham – part of a converted, former factory called the Bussey Building - hosting a night of spoken word poetry to a small but exuberant audience which was only partly made up of my own family and friends.

Taking on the daunting task of organising an event in my spare time and funding it out of my own (slightly fiscally challenged) pocket was not something I was planning to be part of my 2012. But, when casually flicking through a magazine I came across a call to artists looking to host events in new Peckham theatre space The Last Refuge, I just couldn’t let the opportunity pass by. I quickly submitted a proposal and was delighted when it was accepted.

I’ve been going around to different poetry gigs for a couple of years and suddenly found myself in the position of needing to book some poets who would form the backbone of the event. I was incredibly lucky to secure a fantastic line-up of truly first-rate poets by a successful strategy of Facebook stalking. Raymond Antrobus and Simon Mole from the Chill Pill collective were joined by Emma Jones, one of the most hilarious poets I’ve ever listened to.

The biggest challenge was to come. I now had to promote the event on a shoestring and make sure my amazing poets were not going turn up to perform in an empty room. I tore around  for a month visiting every single poetry night I could think of to spread the word, feverishly texting my friends until they had promised to come support me, and generally making a massive nuisance of myself through various social networking sites. By the time the event itself came round I was completely hoarse and more than a little bit exhausted.

The worst moment came a few days before the night. I found out that, most unfortunately, somebody else has already been using the name I’d chosen, Outspoken, and they contacted me on Facebook politely asking me not to use it anymore. Fair enough but more than a little bit distressing at the time.

The night itself  was quite an experience, that’s for sure. Amazing, terrifying, electrifying and inspiring, my heart was hammering and my head was spinning throughout -  but it was so worth it!

The featured acts Raymond, Emma and Simon all went down a storm. Emma regaled us with a side-splitting poem comparing the first time you use an Apple Mac with the first time you have sex with another woman (once you have mac, you never go back…). In the second half Raymond persuaded our pianist to play a few impromptu, soulful bars to accompany one poem, which held the whole audience enthralled. Simon raised us from our reverie to entertain us with poems drawn from real life that were sensitive, funny and full of rich imagination. I couldn’t have asked for better open micers, either; you’re never sure quite what you’re going to get, but with this lot the bar was set very high. A surprising and inspiring variety of writers from all different backgrounds.

I’m very pleased to say that the lovely ladies who run The Last Refuge have invited me to come back to do another one on 10 December at 7.30pm and the official title is now Word of Mouth. But, as the man said …what’s in a name? My poetry rose is already sweet enough!

I wonder how many people do realise exactly how much effort is involved in creating a successful poetry night? Hats off to you Lettie, many thanks for sharing your experience and the best of luck for the future. Well, it's not luck is it?