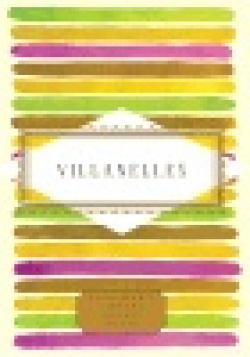 On a recent edition of Desert Island Discs, castaway Tidjane Thiam  (chief executive of Prudential) chose to take Dostoevsky’s novel The Brothers Karamazov with him into his eponymous lonely, hot and sandy vigil, eloquently describing how the novel had accompanied him through dark times in his life.  He knew from experience, Mr. Thiam said, that this was a book that kept you company when you were alone.

Now this is not a review of Dostoevsky, nor do I claim any “Karamazovian” immortality for this particular anthology. But it occurred to me that poetry – good poetry –  should achieve the same thing.

The Everyman pocket poets are designed for those of us who find ourselves in urgent need of a redemption song or a mini-Karamazov and don’t have handy access to an e-reader or high street store.  And true to their titles, they fit in a pocket, or a handbag, even when space is at a premium.  In appearance, they are old-fashioned in a good  way: decent paper, dust jacket, yellow silk page marker.

This anthology of villanelles is apparently the first of its kind.  It seems strange that this should be the case, since at least from an editorial point of view, comparing villanelle with villanelle, or sonnet with sonnet, is an easier task than comparing formal poetry with free verse or experimental forms. A poetry anthology is always a tricky balancing act, requiring as much leaving out as putting in.

How can a form develop if it is strictly controlled?  Norton Anthology defines the villanelle as  “a French verse form derived from an earlier Italian folk song, which retains the circular pattern of a peasant dance.”  This circularity is achieved by line repetitions and a rhyme scheme.

To write a good villanelle “presents a considerable technical challenge”.  That is publisher speak for “is fiendishly difficult”. The editors add:  “This is not a form that is chosen lightly,” and “it is a hard form to fake”.  I heartily endorse these statements, having tried to write one on several occasions.

The basis of the form requires two central lines which must bear repetition in a changing context and remain vibrant enough after repetition  to provide a sensible and surprising conclusion to the whole piece.  And yet a this form which when successful can touch eternity as Elizabeth Bishop and Dylan Thomas could testify, were they alive to do so.

This anthology sets out to explore the development of the form from some of the earliest known examples: "J’ai  perdu ma tourterelle / Est-ce-point elle que j’oy?"  (Jean Passerat, first published 1606) (trans. I have lost my turtle-dove / Isn’t that her gentle coo?) to a good selection of classic and contemporary examples.

The inevitable Elizabeth Bishop One Art and Dylan Thomas Do Not Go Gentle…. are included but there is a broad range of examples from other poets. There is considerable variety and challenge in the two line repetitions in some of the poems.  Some are very moving.  For example, in Wendy Galgan’s Burning Angels: March 25, 1911: “Girls stand in windows, flames at their feet. / It’s raining children on Greene Street.”

Or the poem by George Szirtes entitled: Henryk Ross: Children of the Ghetto

“Love, we were young once, and ran races

We kicked at stones, we fell over, we pulled faces.”

Some of the poems are humorous, indicating an overwhelming sense of fun that the editors had in choosing them, as if somehow the form with its dance notation relatives  has the ability to contain within it joy unsprung.  One of my personal favourites is the poem by Dan Swire called Voice  Mail Villanelle:

“We’re grateful that you called today

And sorry that we’re occupied

We will be with you right away.

Press two if you cannot decide.

We’re grateful that you called today.”

Anyone who can see beyond the mind-numbing frustration and ennui of robotic phone menus, to create poetry therein, deserves not just publication but a medal. It seems to me the point of the technique, indeed the whole point of poetry, is to turn the world upside down and find a different viewpoint, since the villanelle form with its refrain and repeating lines is able to encompass and examine a whole world better than freer forms.

There are a number of poems included which experiment with the form, such as A Quarrel of Crows: A Villahaikunelle

“A quarrel of crows

on a rural road,”

which uses superb imagery, assonance and alliteration  (“raspy throated-posturing”, “dessicated banquet”) to play fruitfully with the relationship between the two forms of the haiku and villanelle.

This is a great little book which sent me scurrying to the Everyman Library website to look at their other pocket poets.  Frances Spurrier