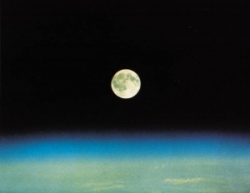 been hit by the credit crunch,

his little helpers were put on shorter hours.

Santa has got this ‘ere contract,

he is responsible for awarding and overseeing

Contracts were awarded to China, Taiwan

and Traditional Toys from Llantrisant in Wales.

Subcontractors have been forced to cut back production,

after running into financial difficulties,

some manufacturers are closing down.

Traditional Toys, the pride of Wales, did its best.

Santa’s couldn’t get the books to balance,

could not mask the shortfall.

Santa had to rely on stockpiled toys

from a Birmingham Warehouse to ensure no child went short.

His worldwide monopoly for delivering presents

was under threat after customer feedback forms

Down the years contracts had always been automatically renewed

by a little known authority called, ‘T.O.Y.S’ or

his red nose was lacklustre, the sleigh often getting lost.

Rudolf became a depressive recluse, not loved by the other Reindeer.

and after a meeting with Chinese senior contractors.

Santa had named and shamed one Chinese company

their names; Ho, Ho and Eric.

‘T.O.Y.S’ invited tenders for the delivery contract in 2009.

They wanted the successful bid to keep Santa’s corporate red,

have a reliable worldwide delivery network and a Santa look alike.

Sorry about the dodgy typo, Nabila. No offence ment

Nadia and Andy - there were a few extra words in there. Just managed to change Santa's Grotto

I think Nabila is spot on here, I think this is a really good poem but I think it is possibly a bit long - if I am honest I think with a little bit of editing or cutting, I think you really could have something here. Have you tried reading this out aloud yet out of interest?

Ifeelcomfortable commenting honestly on your work and I feel you are one of few who is receptive tohonest feedback and seriously want toknow what ALL your readers think - which is great. When we are honest - we get slaughtered on here so I'm overlooking work on here that needs improving and i shall always comment on yours whether I like it or not. However, if , overnight , you change and decide you want to verbally slaughterme too - do warn me ;)


I love the starting - has a nice ring and the idea is great and appropriate. You really have mastered the punctuation, haven't you?!


The onlything I would like to add is that this is quite wordy and i feel would be moreeffective with big chunks taken out and 'joining' words such as 'and'.

Do critique mine too - u know I welcome it too!