Politics, protests and wheelbarrows: the WOL review of 2011 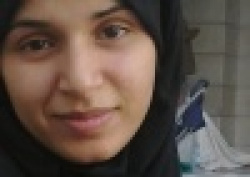 2011 marked the jailing and eventual release of a Bahraini poet after months in detention; amazing scenes at the Poetry Society; principled protests by poets about arts sponsorship; lots of excitement about a calendar featuring naked male poets; and Write Out Loud notching up some milestones of its own. Here are WOL's highlights of 2011:

In January WOL poet Emma Decent was writing about her eight-week trip round the world, which included winning Chicago's Uptown Poetry Slam, watched by Stateside relatives. March brought news of a merger between Dream Catcher magazine and enterprising small-press publishers Stairwell Books, based in York. In 2010 Stairwell published Along the Iron Veins, an anthology of railway writing that included contributions from WOL’s Winston Plowes and John Coopey; the submissions deadline for their latest anthology, on Ghosts and Ghouls, is 31 December 2011. April began with another successful Write Out Loud Big Weekend, this time at Mankinholes youth hostel, on the hills above Todmorden and Hebden Bridge. It culminated with bestselling poet John Siddique’s appearance at our open mic on the Saturday night. The Manchester poetry world and beyond mourned the death of Linda Chase, a published Carcarnet poet who also had a big hand in the popular Manchester performance series, Poets and Players. On the national stage, poet laureate Carol Ann Duffy launched a campaign, with a poem, against Arts Council spending cuts, which included axeing its grant to the Poetry Book Society, and also meant the speedy and much-lamented closure of Manchester's Greenroom.

June saw the jailing of young Bahraini poet Ayat al-Gormezi, pictured, who was arrested in March for reading a poem about the king at a demonstration. Write Out Loud did its bit in the worldwide campaign for her release by publishing a translation of her poem by Fatima Al Matar. In July Gormezi was released. Afterwards she said that a female member of the Bahrain royal family had taken part in beatings administered to her in detention. Many others remain in jail in Bahrain and in other parts of the Arab world.

At home July was dominated by the furore at the Poetry Society, which saw a spate of resignations, a petition delivered in a red wheelbarrow, the Arts Council grant suspended, and a stormy extraordinary general meeting at which the existing board agreed to step down after admitting that a clash of personalities at the top of the organisation had been very badly handled. Write Out Loud’s Frances Spurrier and Julian Jordon attended the egm. On a cheerier note, WOL modestly announced its 100th new member in 2011, Sharon Larkin.

In August Judith Palmer was reinstated as director of the Poetry Society. In October Swedish poet Tomas Tranströmer won the Nobel prize for literature – the first poet to take the honour since 1996. Ireland’s new president, Michael D Higgins, admitted to writing a bit of poetry, and Welsh performance and all-round entertainer Mab Jones began her Diary of a Spoken Word Bird on Write Out Loud.  Meanwhile WOL’s Ann Foxglove launched an open mic night, Poetry Mine, down at St Agnes in Cornwall. This followed an appearance on local radio in the summer, quickly followed by her own regular poetry slot on the station. Poetry Mine meets again on 3 January. Well played Ann!

November saw the launch of the Naked Muse calendar, featuring male poets in the buff, with accompanying poems by women, aimed at raising money for diabetes research.  The  news item drew 20 comments on Write Out Loud. Some accused us of being late with the story, but we were just waiting our moment. WOL’s Isobel Malinowski’s sparkling review of the launch night attracted even more comments. In the same month an Arvon/WOL performance poetry course at Lumb Bank, Heptonstall, featured Francesca Beard and Elvis McGonagall, plus WOL’s own Julian Jordon, and a diverse and exceptional group of poets writing and performing together - and was a little reminder of what keeps Write Out Loud's heart really beating. November was also marked by Winston Plowes announcing that he would have to step down from his mulitifarious WOL roles, including membership supremo, after performing sterling service, just as the site notched up another record month for unique users.

The beginning of December saw the launch of Best of Manchester Poets vol 2, featuring hosts of WOL poets. The excitement of the launch night was captured in an expertly-researched review by one of the published poets, Laura Taylor. In the national arena, the Poetry Book Society, having lost its Arts Council grant, found itself in more trouble when two poets on its TS Eliot prize shortlist, Alice Oswald and John Kinsella, withdrew in protest at the prize’s sponsor, which was a hedge fund.  Roger McGough was named the new Poetry Society president; former president Jo Shapcott won the Queen’s Medal for poetry; and with only a little fanfare, Write Out Loud acclaimed its 1,000th poet profile, Matt Tilke.

I'll third it. What a superbly-condensed, simply sizzling summary of such an action-packed year. Well done to Greg, and to all who made the summary possible, with the obvious exception of the Bahraini government. Boo to them.
I wonder what 2012 (twenty-twelve, or two thousand and twelve?) will bring?

I'll second that. What a great summary of an action packed year - and an enjoyable read.