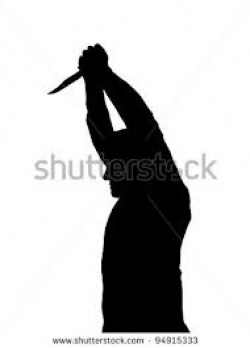 Where was I last night on Halloween? (A hardy perennial re-post)

The mission’s not impossible; it is not even hard;

I just enact the script for Him - a player, nothing more;

It’s happened in the future once it’s become His Word,

Which is to purge creation of the Babylonian Whore.

She worms her way through history, corrupted to the core;

In Adam’s fated fall from grace his gender she infects;

Her arsenal more deadly than rope or blade or fire;

Satan’s gift to womankind – the apple of her sex.

But lo! appointed angel who avenges and protects

But shines his light of holy steel and true His Word enacts,

Serving, but not seeking, fulfilment as a saint.

So brandishing this steely brush His masterpiece I paint

To bring to living colour the whispered word within

By slicing off her tittypaps, twin symbols of her sin

And cut the fucking harlot from the apple to the chin.

The ecstasy of Paradise within my brain then pounds

In pride and sacred privilege His purpose to begin;

As then before her pulsing form my seed falls to the ground,

◄ YOU'RE PULLING MY LEG

Oo.er. The stuff of nightmares

Comes the black-robed vengeful cutter
Slicing like a blade through butter...!

Thanks for the Likes, Uilleam, Frederick and Stephen A.