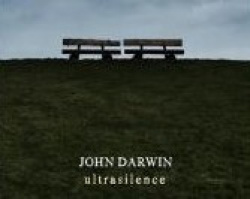 John Darwin’s poetry is crafted and lyrical, and admirably economical:  it doesn‘t hang about, cuts quickly to the chase. You can hear the music of not-fooled urban poetry in ‘Slim’: “By the shop of beards and expensive lentils for displaced BBC hopefuls, the pub door crumbling lintel”. With a caustic eye he observes the “hipster influx”, the “young achievers with their child seat four-by-fours” (‘Open the door’). Darwin also describes the Sixties-built Prestwich precinct in North Manchester, where you should avoid “piss alley …  bad council sculptures, / the infamous water feature / another shattered shelter”, and Simon, who “lost his head”. An ‘Antique dealer fallen on hard times’ trawls charity shops; “They jump from bridges round here” (‘Cuckoo’); a homeless girl pleads “for cash for a fix or a bite/ a grin, or the sign of a hug” (‘Bad one-man band’).

But there are other sides to this poet: memories of childhood holidays in the “warm Welsh sand”, when parents were “young, lithe, joyful … Holidays for beginners.” (‘Uncle Peter, unrelated’). There is affection and humour in ‘Cousins’:

You mocked my endless misery

In our retro table football game

played Norman Wisdom at left back

In a group of love songs to Turkey, a country with which Darwin has a strong affinity, three poems mention Orhan Veli Kanık, one of the founders of Turkey’s Garip Movement, which challenged formalistic rules, rhetoric and elaborate diction in the nation’s poetry. These lines may reflect the country’s troubled political situation: “Wherever you may be / you have a safe house with me.”

And there are other love songs, or at least ‘romantic’ poems, with titles such as ‘Nuts’, ‘Misty blue’, ‘Drenched’, ‘Brown eyes’, and ‘Honey’. Such terse titles would never come first in any poetry competition, but that is no reflection on their quality. The anti-romantic poem ‘Shrug’ says simply: “There’s nothing remarkable about her / but her straight-edged ordinariness.” You get the strong impression this is something that Darwin values greatly.

There are also a few drinking and pub poems, including ‘The Alcoholic’s Prayer (“ ‘Found poems’ are all the rage. So here’s a lost one”):

Ale for when I’m sociable

Wine for when I’m not

I’m something that I’m not

‘Paraffins’ describes a pub and its characters, “old John” with “dribble down his chin”, a landlord who waters down the gin, and Fat Phil, who

best bloke in the world

if you’ve got the right skin.

The collection ends with a strong, anti-mission statement: “I thumb my nose at mission statements/ and objective lists/ despise business processes / I think you get the gist” (‘I just like art galleries and getting pissed’).

John Darwin lives in Prestwich, North Manchester. His poetry show Happy Hour won the Best Spoken Word Performance award at the Greater Manchester Fringe Festival in 2021, and this is his second collection. He also has form with Write Out Loud, having compered Write Out Loud Sale open-mic nights for several years. I would also say that at our first meeting at a Write Out Loud open-mic night at Hebden Bridge, MC’d by the incomparable Winston Plowes, as it happens, he went out into the dark to find a cashpoint, so that he could buy me and my wife a drink. That is the measure of the man.

So, levelling up? I don’t know about that, but in this collection John Darwin is certainly levelling with his readers. I was sorry when I came to the last page. I enjoyed it that much.