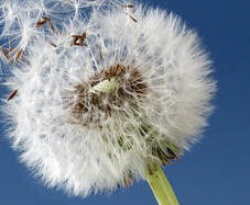 Born and brought up in south-east London, Julie Anne Gilligan has lived in Essex for the past 35 years. Time Matters is her second collection of poems, following The Thickness of Blood (2012). She holds several qualifications including an MA in creative writing from the Open University. She is activities officer for the Open University Poetry Society and a member of Poets Abroad, a collective of poets mostly from Ireland, the UK, the US and Australia.

A quick glance at the titles of Gilligan’s poems reveal her fascination with the concept of time. Titles like ‘Past Forward’ (with its play on the term ‘Fast Forward’), ‘Too Young to be Old,’ ‘Only A Matter of Time,’ and ‘All Timed Out’ are obvious pointers, but there are other titles too where words indicative of time are hidden within other words such as ‘season’ in ‘A Pinch of Seasoning,’ ‘now’ in ‘Now, Where Was I?’ and ‘time’ in ‘Storytime’.

The cover design of a dandelion ‘clock’ dispersing its seed to the wind is reminiscent of a children’s game in which the number of puffs needed to blow the seeds away in order to tell the time is yet another indicator of the subject matter within.

Nearly all of the 26 poems in this collection are prefaced by a quotation,from writers as diverse as Oscar Wilde, Emily Dickinson and Thich Nhat Hanh. The collection also opens and closes with quotes on the subject of time. These quotations act as springboards to Gilligan’s poetic expression and imagination.

Her poems are thought-provoking. At one point she asks “Did time exist before Man caught it, defined it, time-tabled it with alarming accuracy?” (Note again the hidden word “alarm” within the words “alarming accuracy”). At other points she reflects upon the process of ageing and attitudes towards the idea of immortality.

Her poems are also playful. In ‘Storytime’ she weaves well-worn expressions of time, such as ‘a stitch in time,’ ‘the race against time,’ and ‘given time’ into her text.

‘Past Forward’ is a clever example of a reverse poem on the subject of family ancestry. It is a bit like Janus insofar as it looks backwards as well as forwards on facing pages. The visual poem, titled ‘21st Century Flat Earth Society’, which is also a reverse poem, is an ironic piece of literary engineering because the text comes full circle, ending where it had begun. Such a circular motion is obviously at odds with the idea of our Earth being flat.

The prose poem ‘Sitting Comfortably’ is a wonderful evocation of 1950s domesticity. (Those of us of a certain age will remember the words ‘Are you sitting comfortably?’ spoken by Daphne Oxenford at the start of ‘Listen with Mother’). In this poem Gilligan accurately records the limitations of the time but also gives us a hint of what is to come:

TVs were hired on the ‘never-never’ most acquired for the Coronation. We were mesmerised by the Test Card and the picture shrinking to a tiny point of light, a distant star in infinite blackness of space. Most folk knew nothing of cathode ray tubes or firing electrons. Or space.

‘A Pinch of Seasoning’ takes us on a descriptive tour of nature through the seasons. The long lines of ‘Past Parting’ draw us in with their evocations of the natural landscape of Suffolk:

Butter yellow gorse susurrates with the plainsong of bees

in tireless pursuit of their eternal mission. Ling and heather

are a blanket of episcopal shades tucked into the backdrop of pines.

Whether she is writing about the lure of going off-limits, authoritarian attitudes, 60s new brutalism or a Roman soldier on the edge of the Empire dreaming of home, Gilligan unlocks the past and then imagines it in the present moment to good effect. Her sharp observation and her experimentation with poetic form make for an intelligent and accomplished collection on a subject that is difficult, if not impossible, to pin down.