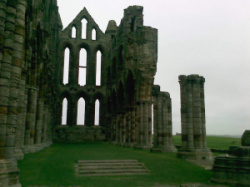 WTF did oxford pilot do in the flying abortion he was flying? that question i ask. the darker part of war. that the villagers state is true, the answer. did the canadian pilot DELIBERATELY RAM the german hornisse heavy fighter? no of course not. the oxford broke apart under 20mm cannon fire. and the kraut was hit by debris. but the locals said he knew the hornisse would get him so he turned and rammed it. only the GODDESS OF WAR knows the truth... \m/

my new book free here for a while