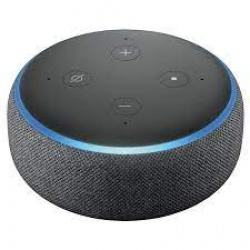 I read recently on the BBC News website that the parents of several girls of the same name had complained that their little darlings were being victimised because people were pretending to give them instructions.  Clearly, in their minds, a matter for urgent lobbying.

But I really don’t get it.  Just how fragile must you be to require protection from other kids saying, “Alexa, do this” (or “do that”).

Certainly much more fragile than all the Lucys who were told “I love Lucy” or any Mrs Worthingtons who were incessantly advised not to let their daughters on the stage.

Perhaps I have got it wrong and a generation of Cathys were positively terrorised by being asked who their clown was, or Eileens at being solicited to “Come On”.

Nor should we consider that this bullying is confined to the fluffy ones.  How the mental health of all the Roberts must have suffered when his classmates sang that they all wanted to be “Bobby’s Girl”.  And surely every Bill Bailey will have taken out an injunction against someone at some time or other?

It really is time I got off this world before they introduce a law to protect you from your own shadow.

And all the Janes of this world must have needed protection against being called “Calamity”, MC.
And thanks for the Like, Stephen.

Cruelty takes many forms to rub us up the wrong way! 😃
How about "Johnny Remember Me" ??

“Nobody knows where my Johnny has gone….” How could anyone be so cruel, MC?
And thanks for the Like, Holden.

I'm with you on this, JC..
Who goes to the bother of reporting let alone complaining about this sort of childish stuff?
What does it say about their mentality? It used to called
"teasing" when I was growing up..
I don't suppose any little "Susie" was mentally affected by being told to "wake up" or any young "Dan" of my own generation got annoyed at being called "Desperate"; a word that
epitomises much of the intellectual perspicacity that permeates
the public forum today.