Separation, loss, inspiration: six poets talk about how the pandemic affected them 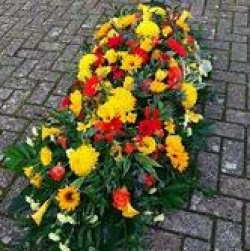 Raymond Antrobus was separated from his new wife for nine months during the pandemic lockdown; Hollie McNish lost her grandmother and found herself watching her funeral online; Jay Bernard lost two grandparents in 2020. The pandemic back-stories of these and other poets are featured in the Guardian’s Review section, along with poems from each of them.

What scope is there for hope?

We wonder with our slogans worn like collars at the throat

Noah stood back from the boat

Tempest said the poem had been longer, but “I realised these four lines were all the poem needed.”

Jay Bernard said: “This year I’ve actually written more than usual … If the pandemic has taught us anything, it is: drop the perfectionism, because it’s not working for you, or for me.”

Hollie McNish talked of watching her grandmother’s funeral online, and then unwittingly leaving the live stream on after the funeral was over. “So I also watched the cleaners disinfecting the crematorium, the local reverend and organ player taking off their jackets, unwrapping and eating sandwiches and chatting about the care home possibly reopening to visitors, and then I watched half of the next person’s funeral.

“After the funeral ended, I watched my mum walking out of the building and all I wanted was to be there. I didn’t think I’d crave seeing other people’s faces in the flesh so much.

“I made another cup of sweet tea and wrote some poems.”

Raymond Antrobus talked of his separation from his wife, who was in New Orleans: “When we were reunited, there was a nervousness – like, would we meet and realise that this wasn’t what we thought it was? It was the ultimate test, but we got to the other end.”

There are also poems and back stories from the poet laureate Simon Armitage, and Roger McGough. Read more

◄ This Kilt of Many Colours: David Bleiman, Dempsey & Windle