Between 1915-1922 more than 3.5 million Greeks, Armenians, and Assyrian Christians were murdered by the Turks so that now 99.8% of the population of Turkey are Muslim. This marked the 'irrecoverable' death of the Byzantine heritage mentioned in the poem

Her love didn’t come from nowhere.
Her father was a bastard, a sailor on the seas
A Byzantine, by birth, like me.
Her mother, an Anatolian peasant
Spent her life upon her knees.
A Christian, you see?.

The noblesse oblige,
The drinking and the drugs,
Were sponsored  by Intelligence
And a tingling in the blood.

We were the late Romans
Much diminished and now, finally, gone.
For since the death-stroke of 1453,
With Mehmed’s order to make
St Sophia’s cathedral, a mosque
In a sea of Christian blood.
Repeated by Erdogan on 13 July 2020.
Constantinople had been forced upon its knees
Its conquerors celebrate its fall
Every year on May 29 in Istanbul,
Their name for Constantinople;
At oh! such an unrecoverable cost. 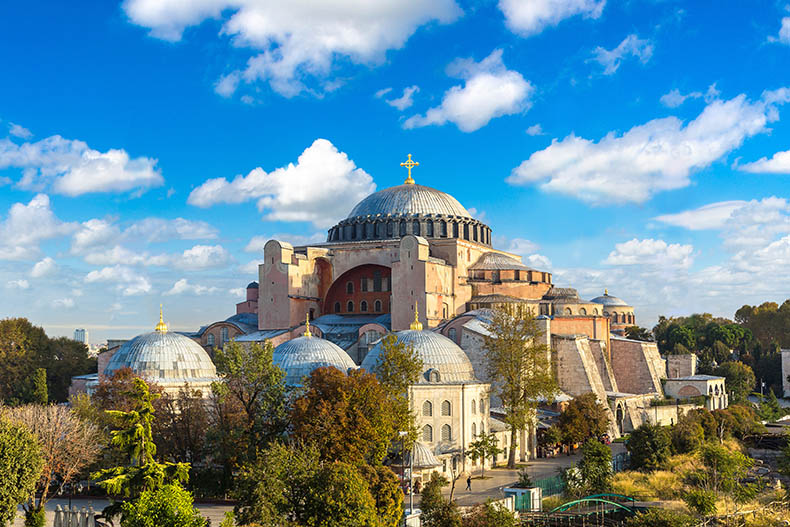 On first looking into Popōcatepētl ►

Thank you dear Keith. Amongst many other atrocities the invading Turks destroyed many of the libraries, and librarians, in Constantinople. Libraries holding not only ancient Greek manuscripts but texts in Aramaic, Hebrew and Persian. These texts going back 3000 years were destroyed gratuitously. The Turks didn't, and don't, place any value on the Byzantine inheritance. They are barbarians all! Erdogan, and his Daesh-supporting regime, should be kicked out of NATO now!

John,
A poem to commemorate the ultimate fall of the Byzantine empire and the blood which stains the sacred places now desecrated. Your photograph of St Sophia's, for that is what it will forever be, is magnificent and a symbol of its rich Christian heritage built on the foundations of those devoted to the what was taken from them. The photograph speaks of the ultimate victory.

I see President Biden has at last acknowledged the Armenian massacre.
May they rest in peace.
Thank you indeed for this