Poet laureate's elegy to Duke of Edinburgh on day of funeral 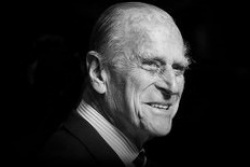 Simon Armitage has carried out one of his more traditional functions as poet laureate – by publishing a poem about the Duke of Edinburgh on the day of the royal consort’s funeral.

Prince Philip died just over a week ago, aged 99. His funeral took place at Windsor castle on Saturday. Armitage’s poem is called ‘The Patriarchs – An Elegy’.

Armitage, whose own father died recently, told the Guardian: “I’ve written about a dozen laureate poems since I was appointed, but this is the first royal occasion and it feels like a big one. I remember when I was appointed, there were conversations along the lines of ‘there are likely to be significant events during your tenure’ – this was probably one of the events they speculated about.

“I didn’t want to presume to write a personal poem about somebody I didn’t know, so I took cues from various interesting facts about his life, and thinking of him as the last in that generation of patriarchs. So there are a lot of details in the poem which are directly about him, but I tried to broaden the point out into a generational one.”

Armitage said that he wanted the poem to address the duke’s values and personality. “A lot of the commentary has been around duty and service – I saw it as a prompt for writing something dutiful, and in service of all people like him.”

He added that he had made a few attempts to write elements of the poem before the duke’s death, “but when it happened, I just pushed them all to one side and started again. I think I always knew that that would happen, because I always try to write to the moment. Preparatory work doesn’t really go a long way.”

In the poem Armitage pays tribute to the war record of the Duke of Edinburgh’s generation, “that crew whose survival / was always the stuff of minor miracle”.

THE PATRIARCHS – AN ELEGY

The weather in the window this morning

a slow winter’s final shiver. On such an occasion

to presume to eulogise one man is to pipe up

for a whole generation – that crew whose survival

was always the stuff of minor miracle,

who came ashore in orange-crate coracles,

Husbands to duty, they unrolled their plans

across billiard tables and vehicle bonnets,

regrouped at breakfast. What their secrets were

was everyone’s guess and nobody’s business.

Great-grandfathers from birth, in time they became

both inner core and outer case

in a family heirloom of nesting dolls.

in the hardened earth of rose-beds and borders.

They were sons of a zodiac out of sync

with the solar year, but turned their minds

to the day’s big science and heavy questions.

To study their hands at rest was to picture maps

of old campaigns and reconnaissance missions.

Last of the great avuncular magicians

they kept their best tricks for the grand finale:

The major oaks in the wood start tuning up

and skies to come will deliver their tributes.

But for now, a cold April’s closing moments

parachute slowly home, so by mid-afternoon

snow is recast as seed heads and thistledown.

You can listen to Simon Armitage reading his poem here

I think this is pretty good. He captures some of the elusive qualities of Prince Philip and his generation, without getting close to somebody he did not know. So he is able to steer clear of the more questionable aspects of his personality and stick to what the laureate should do, without seeming obsequious.

The article that I read about his being daunted by the thought of writing it, seemed to suggest to me that he found it very hard to get under the skin of the man other than his public persona. Agree about his recent personal loss crept into it too, perhaps even helped him somewhat.
He also indicated that he had pre-written some stuff but couldn't use it.

I would dissent from that view, Graham. I see this as a decent and at times moving poem, especially in its wartime passages. And I'm no royalist.

that crew whose survival
was always the stuff of minor miracle,
who came ashore in orange-crate coracles,
fought ingenious wars, finagled triumphs at sea
with flaming decoy boats, and side-stepped torpedoes.

'Survival', 'miracle', and 'coracles' - effective and satisfying music. A source close to Julian Jordon, who knew the late Peter Armitage, a long-time Marsden resident, suggests that the poet's own recent loss is reflected here, too.

To be honest I don’t think this is a very good effort from SA
But who would want to be handed the job. I think he was frightened of it. Goodness knows what will happen if HRH herself goes too during SA’s tenure. He’ll need a powder!