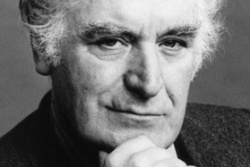 Fans of Ted Hughes can follow his footsteps along six new walks in West, South, and East Yorkshire. The Discovering Ted Hughes’ Yorkshire trails have been put together by experts at the University of Huddersfield, the Halifax Courier has reported.

Maps designed by Hebden Bridge cartographer Christopher Goddard cover walks in Mytholmroyd and the Upper Calder valley, where Hughes was born, Mexborough where he wrote his first poems, and Patrington in East Yorkshire where he did his National Service in the RAF.

The trails take walkers through sites associated closely with the poet, including Heptonstall cemetery where his wife, Sylvia Plath, was buried, and Lumb Bank, where he lived for many years.

Poet Steve Ely, director of the Ted Hughes Network, said: “The maps, based on the latest research into Hughes’s life and writings, give walkers a unique opportunity to experience the landscapes that inspired and formed England’s greatest 20th century poet.

"So many locations in the Upper Calder valley are closely associated with Hughes, his life and work. Seven poems, including the anti-war poem ‘Out’ and ‘Source’, the touching personal poem about his mother, are set in his birthplace at 1 Aspinall Street, with a further 27 poems having locations in the Mytholmroyd area.

"Hughes also wrote several poems focused on Heptonstall and Colden Clough, including ‘Lumb Chimneys’ and ‘Wind’.” Hughes once lived at Lumb Bank just below Heptonstall, and for a long time considered settling there permanently. His first wife, the poet Sylvia Plath, is buried in Heptonstall cemetery. Ely also pointed out that the landscape of the Upper Calder valley “was hugely important to Hughes’s life, work, and imagination, and he wrote over 100 poems about the area, most of which are collected in his 1994 collection, Elmet”.

Steve Ely added: "Discovering Ted Hughes’s Yorkshire also includes three maps that open up Hughes’s other Yorkshire locations; two are are focused in and around Mexborough in the southern West Riding, where he lived between the ages of 8-21—the place where he wrote his first poems and resolved to become a poet—and another focuses on Patrington in the East Riding, where Hughes did his National Service in the RAF. These three Yorkshire locations formed Hughes as a poet.”

A launch event for three of the trails will be held on 21 March at Mytholmroyd Communjty Centre from 1-3pm, with readings by poets Carola Luther and David Morley, followed by a guided walk.