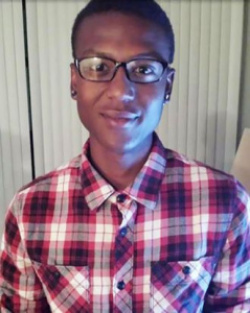 Elijah was walking back with iced tea he got from the store,

But he “looked sketchy” so the police arrested him and threw him to the floor.

They placed him in a carotid hold until he could not breathe anymore,

Which led to his heart attack and he later died from all the suffering he endured.

So we played violins for him hoping he would play with us from heaven.

Except it was cut short by violent means and the unnecessary use of weapons.

The melody harmonised by the oppressors unlawful aggressions.

Just why is it a crime to be black?

Yet it is okay for us to be preyed on by hate crimes and random attacks?

And predators with badges can pounce on us without any linked evidence or concrete facts?