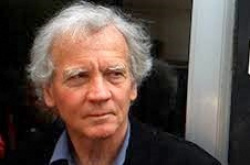 David Constantine is to be awarded the Queen’s Gold Medal for Poetry, Buckingham Palace has announced. It added that the Poetry Medal Committee recommended David Constantine as this year's recipient “on the basis of his 11 books of poetry, in particular his Collected Poems, published in 2004, which spans three decades of his work”.

The committee is chaired by the poet laureate Simon Armitage, who received the Queen’s Gold Medal for Poetry for 2018. Simon Armitage said: “Above all, David Constantine is a ‘humane’ poet - a word often used in connection with his work, as if in noticing and detailing the ways of the world he is doing so on behalf of all that is best in us.

“For over 40 years he has shaped a body of work that stands in comparison with that of any of his contemporaries, not just at home but internationally, navigating and negotiating that space between everyday events and their metaphysical or spiritual ‘otherness’.”

David Constantine was born in Salford in 1944 and read modern languages at Oxford, before lecturing in German at Durham and Oxford. His latest collection, Belongings, was published earlier this year by Bloodaxe. He lives in Oxford and on Scilly.

For many years he was a commissioning editor for Oxford Poets, and then co-editor of the journal Modern Poetry in Translation. He is also a novelist, short story writer and translator. His body of work includes translations of poets and playwrights, such as Goethe, Friedrich Hölderlin and Bertolt Brecht.

He was the first English writer in 2013 to win the Frank O’Connor International short story award in 2013 for his collection Tea at the Midland, which also won the BBC National Short Story Award in 2010. 'In Another Country' was adapted into 45 Years, a film starring Tom Courtenay and Charlotte Rampling.

On hearing of the award, David Constantine said: “These past few days I have been thinking of the many people, living and dead, who have accompanied me in the writing of my poems. It has made me all the more grateful for this generous award.”

In an interview with the Guardian several years ago, after winning his short story award, Constantine described himself as belonging "on the periphery", adding: "I don't write like others – I think of myself chiefly as a poet who also writes prose. It's northern, and not metropolitan London. It's not a hostile thing – I owe an awful lot to London – it's a feeling of where you belong."

Refeering to his poetry publisher Bloodaxe, he said: "When Neil Astley set up Bloodaxe it was a conscious polemical blow against the 'Oxbridge London mafia' as he called them. Being up there in the north-east, he had a perspective which was other. He took on people who were not mainstream, looked for foreign writers – it felt easier, I could be very distinctive and not be required to be of any party or tendency."

◄ Taking a walk with Simon Armitage along the North Sea coast

You can take the man out of Salford but you cannot take Salford out of the man.

Thanks for the background, Greg. He's someone I will certainly try to read more of. "Soldiering On" is indeed a powerful poem.

Now you mention it, he does have that brow-beaten northern look to him.

A bit more of David Constantine's background: "He was born in 1944 in Salford, Lancashire, an urban landscape of factories, red brick terraces and mizzle-grey skies, the Lowry backdrop to his childhood with a nimbus of “visionary dreariness” quite particular to that part of England."
https://poetryarchive.org/poet/david-constantine/

He has this marvellous poem about women in the first world war
https://poetryarchive.org/poem/soldiering/

Our former blogger John Foggin speaks highly of him as well https://johnfogginpoetry.com/2019/07/09/my-kind-of-poetry-david-constantine/

You can hear David Constantine reading a number of his poems in his distinctive northern accent here https://www.bloodaxebooks.com/news?articleid=1081