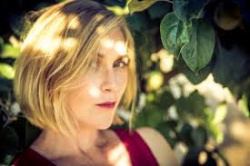 Amy Glynn has won the £2,000 Troubadour international poetry prize with her poem ‘Entre-Deux-Mers, June’. She is from Lafayette, California. Second was Michael Lavers, from Provo, Utah, with ‘Filter Queen’. Thirds was Elizabeth Cook, from London, with ‘Calf’. There were also 21 commended poems.

The judges were Mona Arshi and Mark Doty. Mona Arshi said: “Judging poems in a pandemic feels different and the submissions that arrived were different. These are challenging times for so many of us and I encountered poems steeped in grief and loneliness as well as very moving careful poems witnessing towns and communities closing down as well as the very real effects of a virus overwhelming families.”

She added: “The winning poem ‘Entre-Deux-Mers, June’ is a sinuous and wise poem telling us a story of the nature of resilience in an active poem full of lush imagery of the world of gardens and ultimately is a poem about compassion — I intend to pin it on my wall.”

You can read all the winning and commended poems here