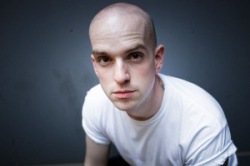 One of the current judges of the TS Eliot prize has suggested staging the next live TS Eliot Prize reading event at somewhere like Scarborough or Grimsby, instead of in London.

Award-winning poet Andrew McMillan, who is senior lecturer at the Manchester Writing School at Manchester Metropolitan University, and lives in Manchester, said on the TS Eliot Prize website: “I’m writing this from Manchester; currently in Tier 3 of the lockdown hierarchy designed to combat the global coronavirus pandemic. (And yes, since I started writing this, things have moved on further, and a we’re in a second national lockdown).

“As we gathered last January at the Southbank Centre to hear the annual TS Eliot Prize readings, that wasn’t an opening couple of sentences I ever anticipated having to write. Those yearly readings are something I’ve always loved; attending first as a fan, watching Seamus Heaney or Sharon Olds or Daljit Nagra or Claudia Rankine do what they do best, and then more recently as a tutor, bringing down some students from Manchester on the Mega Bus, and now, whatever the world and the Eliot event might look like in January, I’ll be attending as a judge, alongside Mona Arshi and our Chair, Lavinia Greenlaw.”

McMillan, who also judged Write Out Loud's Beyond the Storm poetry competition earlier this year, said that “out of the multitude of things the last year has taught us, one of them is the raw deal that the North of England gets, in relation to the capital. On a rough calculation, I’d say that 13.2% of the UK population live in London. Yet think of how many of our most prestigious literary events, how many of our prizes, base themselves there every year.

“We know that in all kinds of diversity, and regional diversity is no different, success and visibility beget success and visibility. Seeing great poets of colour on prize lists and winning prizes, Roger Robinson at last year’s Eliot for example, inspires new generations of young poets to step forward, to have their voices heard, to shift what we think of as the ‘centre ground’, to rewrite what are often erroneously called ‘the margins’.

“What if London was no longer the centre?  What if the Man Booker was awarded in Sheffield? What if the Forwards or the Eliots were given out in Grimsby, or Scarborough? What aspiring writers might then be able to attend, might see the literary life as something local and attainable, and then what new voices would we hear?”

He conceded that “often when I write things like this, I get replies telling me that my dad’s a poet (in case I hadn’t realised), he hosts the Eliots! I was born into the ‘business’! Well then, if so, it’s incumbent on me to keep saying these things for the kids from Barnsley, and Burnley, and Bury, and Berwick and the Black Country, who weren’t.

“So come on Londoners, come up for those ‘national’ events; if you book your trains in advance you can probably get them for under £100. Don’t worry if you don’t have a friend to stay with, there’s that last train about 9:40pm, so just leave at half time, or dash off straight after, not being able to talk to anyone.”

McMillan’s proposal is this: “Every time someone wins a literary prize we invoke the rules of the Eurovision Song Contest;  the winner’s home town or city gets to host the event next year. I had tried to institute that rule myself, but every prize I ever won closed down immediately after. I think it’s because I drank too much free wine.”