Has poetry sleuth Ira Lightman cracked another major case? It would appear so, judging by a recent public admission by a leading and multi-award-winning Australian poet. The Australian newspaper has reported that Judith Beveridge has acknowledged borrowing from the work of other poets without attribution.

The Australian story says: “In a letter to Lightman obtained by The Australian, Beveridge agrees that in her early years ‘she had not always been rigorous about noting a phrase I have jotted down or adapted into a poem’, adding: ‘I deeply regret not being more scrupulous’. ”

She goes on to say: ‘I do work hard on my poems and have dedicated thousands of hours to learning the craft … These borrowings do not constitute what I am about, though I do regret my negligence in failing to acknowledge all borrowings.’ 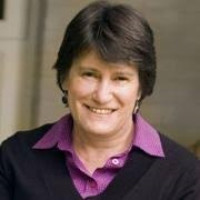 Judith Beveridge, aged 64, won Australia’s Prime Minister’s Literary Award in 2019. She was born in England, and moved with her family to Australia in 1960 . She has published several poetry collections, including The Domesticity of Giraffes (1987); Accidental Grace (1996), which won the Wesley Michel Wright award; Wolf Notes (2003), which won the Judith Wright Calanthe award and the Victorian premier’s Award; and Storm and Honey (2009). Beveridge edited The Best Australian Poetry 2006 and co-edited, with Jill Jones and Louise Wakeling, A Parachute of Blue: First Choice of Australian Poets (1995).

In an article for the Telegraph, he set out the problems with some of Beveridge’s poems that he had uncovered. “Judith Beveridge has up to now been an Australian national treasure … her first book The Domesticity of Giraffes was an instant hit in Australia and saw a meteoric rise. By the year 2000, the title poem was a set text.” However, Lightman goes on to say that “Beveridge has never revealed [until this weekend] that the poem draws significantly on Stanley Moss’s poem, ‘The Meeting’. She was using uncredited phrases from Moss, and some of the theme, to communicate the general poetic effect. Her name is on the poem, but the ‘ideas and feelings’ it was communicating were not wholly her own. This will be news to many in Australia.”

He says of ‘The Meeting’ by American Stanley Moss, now aged in his 90s, that  it “concerns a mirage of a dying bird that Moss thinks he sees while driving near a bird sanctuary in an urban area: ‘the beautiful creature/rolled in sensual agony’, he says. He looks at its long neck, considering if he should ‘slit its throat’.

“Beveridge’s classic poem instead looks at an unhurt giraffe in a zoo in an urban area. She describes it – slipping in a different uncredited phrase from another Moss poem, ‘the loneliness of smoke’. The giraffe gazes over the zoo walls … ‘shy Miss Marigold’ … ‘rolls out her tongue/like the neck of a dying bird’. Offered the poet’s hand, the giraffe’s tongue ‘rolls over it/in sensual agony’.

In his article Lightman says: “It’s a dialogue, so why not declare indebtedness? Why wait so long for proper citation? Another Beveridge classic, ‘Making Perfume’, takes over verbatim lines, keywords and themes from Stanley Plumly (1939-2019) and his poem ‘Wildflower’. Beveridge’s starts ‘So that summer I picked everything/… Then I took some bottles from their cupboards/and their lids twirled off.’ Near the end of Plumly’s he says ‘I remember the summer I picked everything,/flower and wildflower, singled them out in jars/with a name attached.’ Both list and name and rename nature’s flowers. Beveridge differs mainly in using the varieties to home-make perfume.”

Beveridge has also agreed that she has borrowed from poets Mark Strand and Derek Walcott. But in The Australian article, Beveridge’s publisher, Ivor Indyk of Giramondo Publishing, said: “There is no way you can see this as plagiarism. It is what poets have always done as part of their conversation with each other. It is common to think of poetry as an echo chamber: poets converse with each other, as all writers do.

“You just have to look at the extensive notes in Judy’s poetry collections to know that it has never been her intention to deceive. Her use of fragments from or allusions to other poets is not in any way beyond the bounds of poetic practice. What one sees is the occasional use of phrases, with significant modifications, which in the context of the poem, makes them her own.”

The Poetry Foundation describes Judith Beveridge’s poetry as “tender and even affectionate, Beveridge’s poems model the interaction of spirituality, the natural world, and selfhood”.

Background: 'If I've made researches, I have to present information': Ira Lightman

◄ 'Did you leave with the winnowing scythe, the burning heat of August?'

This is the latest discovery, from Judith Beveridge's prose poem Inspector of Pastimes, published in 2003 when she was 47 years old. Only phrases in square brackets are NOT borrowed without acknowledgement from Dr Moti Chandra, pioneering Hindi scholar (1908-1973):

Paint your body with fragrant paste. Fumigate yourselves with incense smoke and close the windows of your house. It is the Season of Early Dew, [and you must wait before you can] sit on the terrace and receive the warmth of the rising sun. Soon, [soft] breezes will begin to blow [and] a fleet of high, broad ships [arrive, and you will receive gifts of] palanquins, sleeping cots with jewelled legs, golden betel boxes, camphor and silks.

In the Rainy Season, when the clouds ramble and the trees spread their fragrances, and the ground is covered with soft [mosses] – the yellow, black [and red] liquors will be served. [It is then I shall] blow a tune into my conch-shell, [request] the cuckoos to sing, the black bees to hum.

[It is at this time too, that I shall ask you to inspect yourself for] the marks of your lover's teeth, [that you orate] the comforts as described in the [Seventh] Canto, [that you] paint your breasts, [that you recite from] the Breviary of [Bawds and] Rakes, [that you] cut out designs on lotus leaves and place them in a boat to reach the Ganges; [that you] dance, indifferent to worldly things; that you become assiduous in the use of go-betweens in the passages of coquetry; [that you become vigilant of] buffoons, hangers-on[, misfeasors and cheats].

[In the Month of the Two Full Moons, if you spend it with a] fellow from nowhere, a wastrel whose face is his fortune, you will offend several admirers and most likely pauperise yourself. [It is here, at this juncture in the year, that I may need to sermonise] on death-defying truculence, [on] flattery of the strong [and blandishments] to the weak. [Then, out of weeping mud, with my docked and whittled breath blowing once more into the conch – I shall ask, before the month ends, that you give your evenings to reflecting upon] the interrelated chances of misery and money.

[During the Festival of the Brain Fever Bird,] anything sinfully stolen had to be returned to its owners, anything honestly earned must be given to the gods. [Look, already it is the Season of Fallen Stars – and there is a river asking what is this through which I flow?

Soon the Modest Season of Phantasmagoria will arrive and, yes, I shall bring to you the nightingale that has fallen from its tree. And at last, when the Supernal Equator is eclipsed by the sun, you will fit] a jasmine chaplet to your hair and wear earrings of Palmyra frond [and laugh in uproar as you walk through the streets. Then I will hand you baskets of leaves, and you’ll bathe in the] tanks [that I have ordained] within the gardens of your home, [before it is the Month of Winds with Fragile Chimes in the Season of Ephemeral Snows.]

The bits not in square brackets are all from Moti Chandra, uncredited. They are near-verbatim phrases taken from two 5-10 page sections of his book, The World of Courtesans.

It's not one line borrowing among twenty original lines.

It might be said that all art is derivative, whether it be via inspiration,
subject matter, or the adoption of a written choice phrase or saying.
It has to be a matter of degree that separates this from stone cold
plagiarism. I've read whole paragraphs that have been lifted from
elsewhere; that is my own idea of plagiarism.