'If I've made researches, I have to present information ... basically I'm a tireless Googler': Ira Lightman 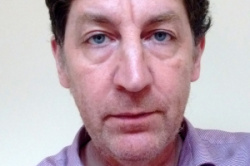 The Australian newspaper reported Judith Beveridge as saying that “you speak as if the entire body and character of my work is made up of borrowings, but that is a minuscule fraction of my total output”. In a new interview with Write Out Loud, poetry sleuth Ira Lightman – “basically I’m a tireless Googler” – described Beveridge as a “line magpie”, but added that her borrowings did not constitute an “open-and-shut case”, but were more of a “grey area”.

He said: “Beveridge is a big shot, one of the first wave of practitioners becoming creative writing lecturers as creative writing took off as a discipline, and loved widely as a generous mentor.

“These are the crucial, sometimes all too black and white areas, that always have been in my work. I have all along said that if people want to think the best of all poets, cons could happen. And what if there were bigger poets taking advantage of this goodwill? People think poets wouldn't copy and paste, and definitely not big guns. My job has been to place ‘unacknowledged borrowings’ next to work nobody previously thought wasn't in the named author's own words, to show it happens.

“I've been asked: is this just a new form? What if you took away the shame? (even though I don't ban people and I don't say ‘plagiarism’ when showing resemblances) What might they have gone on to do? Can't you leave them alone? Because then they might produce a fascinating new hybrid doing little harm (and tell exploited poets not to snivel about it). Or can't you warn them privately? Because then they could phase out the verbatim borrowings or rewrite them to be less of a standing insult, passing off another's work unchanged and without quote marks.

“The Judith Beveridge case goes into these grey areas. Some (usually who refuse to look very hard at the actual borrowings, or ask if there are more, or if it matters) may say I'm adding stigma to a great fan base and their hero. Some may, by contrast, feel that left alone the poet has still got a problem.”

Ira Lightman first came to prominence as a poetry detective in 2013 when he uncovered a spate of cases of outright plagiarism. A few year ago he was among those who drew attention to the Australian poet Graham Nunn. Asked what first alerted him to Judith Beveridge, he replied: “Revisiting the 2013 Graham Nunn case, checking his magazine appearances and citations and coming by chance across a poem by Beveridge that set my spider sense tingling. And since it's almost never once, following up. I'm basically a tireless Googler.”

He is distrustful of the influence that poets running creative writing university courses have on the poetry scene, saying: “You can't even call it academic in the old sense, because it isn't dusty and cautious. But it is, as ever with academia, self-admiring and self-righteous.”

Asked what motivates him, and if he will ever tire of his work, he said: “If I've made researches, I have to present information, in a similar way to all the other times. I don't think I'm going to tire.” And he added, maybe ominously: “One day I need to tell the whole story.”

Write Out Loud's Gig Guide is back - for online poetry events ►