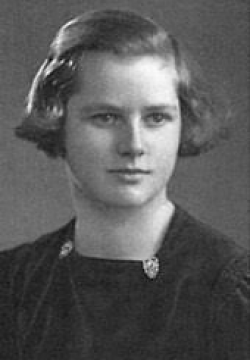 Like I was telling you, it was through my affair with Marianne Faithfull that I met with The Rolling Stones.

It was common knowledge that she and Mick had been having a fling for some time.  But she told me once as we lay in bed with our chicken that she found his lovemaking a little unimaginative.  Mick took this badly at first and entered a period of deep depression, one symptom of which revealed itself as a sexual infatuation with me.  I explained to him the process of emotional transference and how he had become vulnerable to it; that it was perfectly natural when the object of desire was so out of his league but that in life you can’t always get what you want.  He was inconsolable as you’d expect but I told him he should purge his emotions out through his lyrics.

He recovered slowly and we became good friends.  At one point he asked me to join the band as lead guitar.  He’d been dissatisfied with Keith for some time, seeing him as technically limited and lacking soul in his play.  But after several late night whiskeys I persuaded him that the lad would improve and to stick with him.

My affair with Margaret Thatcher is not one I look back on with completely happy memories.

I first saw Meg as I was hiking the Lyke Wake Walk.  It seemed she had turned her ankle vaulting over a stile and lay sobbing on the ground.  An ineffectual youth whom I was later introduced to as Denis, stood by, gawping and redundant.  I took off her boot and applied an Indian Ayurvedic massage to her swollen foot, which made Meg giggle.  After drying her tears I lifted her gently and carried her to a moorland hotel five miles away.  There, in her bedroom, I was surprised by the torrent of gratitude this young girl unleashed on me as Denis washed our boots outside.

Over the years I became a lover, adviser and confidante to Meg as her star inexorably rose under my tutelage.  In the end though I found her enthusiasm for my ideas on the freedom of will too zealous as she drifted into the darker world of Rothbardist anarcho-capitalism.  We parted on good terms but on my warning of the divisiveness such dogma espoused.

On a later occasion I recall I was enjoying an early morning jog on Seven Mile Beach when a group of youths I was passing started cat-calling and mickey-taking.  They meant no harm but had evidently been on poor quality ganja.  I got talking to them and persuaded them that their lives might be more productive and enriched through sport – basketball or cricket or somesuch.

The next day a couple of them joined me as I jogged and I noticed that one in particular had promise.  He had little stamina but seemed to have raw speed.  His style was ungainly and physiologically inefficient; his tall frame was a handicap to his acceleration; his arms flailed, wasting energy and he spent as much as 60% of his running time airborne rather than in forward propulsion.

We spent some time working on these defects during my two week stay and when I left the lad had become a noticeably better sprinter, capable in the end, I admit, of outrunning me.

As I get closer to my 70’s I look back on many of my life’s entanglements of which these are but a few and reflect on what remains on my bucket list – the three most outstanding I am finding hardest to tick off being that I must try a Big Mac, I must watch an episode of The Simpsons and I must try to find a nice Manchester United fan.

One day, I suppose, perhaps.

He was indeed, Stephen. I outran him.

I once saw a purposeful-looking Denis Thatcher (hard to believe, I know) striding down Victoria Street. Perhaps he was after you, John.

That's the only way to have um!

No matter, Paul. I mix them into a pink goo.

Done... However, do I put jam on first or the cream?

Also, I forgot to mention, you'll have your own designated mobility scooter bay.

Ya can keep yer 3/6, Paul. But swop the donuts for jam and cream scones and we might have a deal.
Fantasy, MC! Wot fantasy!!!??? And it’s a poem alright. Note the rhyme of “me” in the 2nd para with “he” in the 8th. Anyroadup, it’s wrote and wrote out loud, so it clearly has its place on this site’s pantheons of poetic literature.

If poetry is essentially a vivid visit to fantasy by the imagination, then THIS is poetry!

You are exactly what/who I am looking for, for my new venture.

What do you say?

Afficianados may recognise its debt to Ruth Jones’s character Nessa from Gavin and Stacey.

I saw them win the league in 1961, Graham, and it irreparably damaged me then. I couldn’t stand it again!
Not just the spoken baritones, Paul, but also the perfect face for radio.

I must say your 'broken English' is almost as bad as mine
said, Po. In his broad Norfolk vernacular.

Where's watching THFC win the Premiership on the list then JC. If we can be 2nd in the league playing shite, think what could happen if we buck up a bit!
On the other matters, avoid Macshit at all costs, forget The Simpsons, get Alf Garnett on catchup instead and I hate to disappoint you but there is no such thing as a nice Man U supporter (but you knew that anyway) 😃

This is exactly what my disheartened soul so desperately needs...