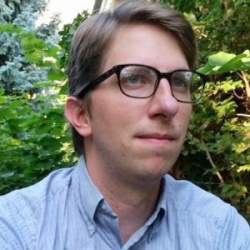 Michael Lavers has won the £5,000 Bridport poetry prize with his poem ‘Low Tide’, it was announced on Thursday evening. He is the author of After Earth, published by the University of Tampa Press. His poems have appeared in Crazyhorse, 32 Poems, The Hudson Review, Best New Poets 2015, TriQuarterly, and the Georgia Review. He lives with his wife, writer and artist Claire Åkebrand, and their two children, in Provo, Utah, and teaches poetry at Brigham Young University.

Second prize went to Luke Allan (‘After Blue’). He is poetry editor at Partus Press and co-editor of the journals Pain and Oxford Poetry. Born in Newcastle, he studied literature and creative writing at UEA and Oxford and is former managing editor at Carcanet Press and PN Review. He won the 2019 Charles Causley prize, and is currently working on his debut collection.

Third was Rowland Molony (‘Dunnock in the Bird Bath’). He spent eight years in Zimbabwe, resulting in a collection of poems entitled Frogs & Co - responses to frogs, chameleons, lizards, snakes, ants, bees, monkeys, spectacular rainstorms and granite wildernesses. He met and married the artist Elizabeth Baxendale in Bulawayo and their two daughters, Emma and Susie, were born there. He retired in 2002 after 30 years of teaching English literature.

◄ Poetry from the allotments to give you a glow ... Steve Pottinger, Emma Purshouse, and Dave Pitt