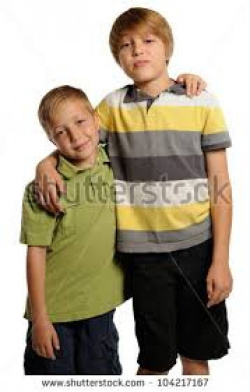 A chant I have not heard for almost 60 years.

Playtime was fun and frightening and formative at primary School.  It was a Boys School and play reflected that.

Ad hoc games of football were being played up and down and across the yard.  Picture Manchester United playing Manchester City at Old Trafford while Tottenham played Arsenal across the pitch and several pockets of unrelated kick-a-bouts were also taking place – and you have the idea; any of which might be from 3-a-side to 18 or more.  The risk was always that one of the big boys from another game would pick up your ball and hoof it over the school wall.

From time to time two boys might start recruiting for Cowboys and Indians or “We Won The War”.  This would start with them stomping around the yard with their arms around each other’s shoulders chanting, “Who’s-Playnat-Car-Boys-Nindians?” or “We-Won-The-War-In-1954”, historical accuracy sacrificed for a 7-year old’s rhyme.  Both games consisted of killing each other. Death was a bit voluntarist; you might decide an arrow had missed you or killed you.  But you were back up and running if your mate tigged you.

Occasionally a fight would break out which would be quickly surrounded by spectators chanting, “Fay fay fay”.  This approximated to “Fight fight fight”.  Besides generating a kind of tribal ambience this alerted other kids in the playground to come running and join what looked like a bee swarm of kids, all chanting “Fay fay fay”.  Ironically it also served to alert the teacher who would launch himself into the swarm, hauling kids aside to break into the “arena” and lug off the two combatants.

If we’d have had more brains we’d have watched in silence and enjoyed more uninterrupted entertainment.

Thankyou for the Likes, Stephens Gospage and Atkinson.

On the other side of the schoolyard wall, Brian, was the girls’ school. They used to play a game with a solid, spongy ball knotted through with rope which they used to wang either side of themselves against the wall. Accompanying it with a rhythmic “ singing” of “Nebuchadnezzar the King of the Jews.......”

We too used to chant this at primary school John, approx 1963.