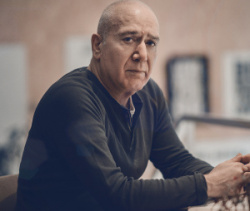 We live in a time of cosmic bifurcation, we live in a time of unprecedented existential threats to life on Earth, including climate change, deforestation, food insecurity, and wildlife numbers in free fall, human overpopulation. the society is in turmoil. There is more and more violence. There’s more and more conflict. We are acting as if we are unconnected to our own nature, to our environment, our own world and we produce high entropy and non-coherence . While the universe shows increasing complexity the human society shows disintegration. What dissolves? all the traditional systems of thought, metaphysical , theological, ideological, all the traditional identities that separated us. The question is: will we get lost in the dissolution or will we unite in a higher consciousness, the cosmic consciousness? We forgot that we are part of nature, and we need to come back to this realization and live accordingly, we are built into nature, and our well-being is linked to the health of nature and the evolution of the universe. We need a sense that we are part of a larger whole, and that this whole has coherence.

We are a part of the whole but we have lost this sense, this intuitive wisdom, there is a higher reality than the one in front of our eyes. It is the intuitive recognition of our oneness with nature and with each other. Does that mean that nature is in essence a reflection of the higher consciousness of the cosmos. Cosmos is a whole, the nature is a whole, intrinsically interconnected system. Life is a whole system. The biosphere is a whole system. It’s time to reconnect to the spirit, to the intelligence that is the invisible but real governing force in the universe. We must allow our own intuitive intelligence to guide our hearts. While, we have discovered the awesome power of the atom, the incredible power of information, and all the things we can have when we join them together. We are using this discovery indiscriminately, for the immediate satisfaction of our selfish wants, without regard to what it does to others, to nature, and so ourselves. We are not owners but partners in life and the universe.