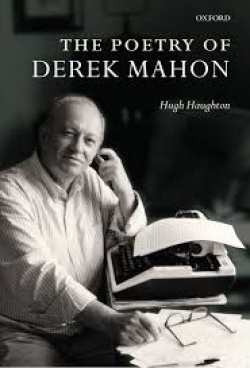 One of Ireland’s leading poets, Derek Mahon, whose poem ‘Everything Is Going to be All Right’ is said to have captured the national mood during the pandemic, has died at the age of 78, the Irish Times has reported.

He was born in Belfast in 1941, and had lived in Kinsale in the Republic for the past several decades. The Poetry Foundation said Mahon was affiliated with other young poets from Northern Ireland who rose to prominence in the 1960s and 1970s, with critics comparing his poetry to that of WH Auden, Louis MacNeice, and Samuel Beckett. After studying French at Trinity College, Dublin, he spent a year in France at the Sorbonne and subsequently lived and worked in the US and Canada before moving to London to become a journalist. His sixth collection, The Snow Party (1975) includes the well-known and often anthologised ‘A Disused Shed in Co. Wexford’, apparently about a cluster of mushrooms locked in an abandoned country hotel shed.

He published four collections in just five years in the 2000s, including Harbour Lights (2006), winner of the Irish Times Poetry Now award; Somewhere the Wave (2007); and Life on Earth (2008), which won another Irish Times award and was shortlisted for the prestigious Griffin Poetry Prize.

Mahon's publisher The Gallery Press said: "We announce with deepest sorrow the death of Derek Mahon, master poet, pure artist. To his partner Sarah Iremonger and his children Rory, Katy and Maisie we send heartfelt condolences. We will miss him forever as a friend and beloved author. Peace to Derek’s beautiful mind."

Dr John Cooper Clarke to launch 'I Wanna Be Yours' autobiography ►